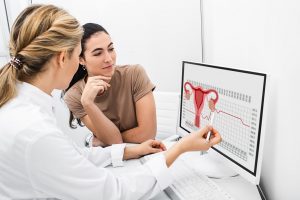 The research, published in the journal Menopause, found that lengthening menstrual cycles prior to menopause may play a role in the risk for heart disease.

Results suggested that if a woman’s cycle got longer two years before menopause, they had better measures of vascular health than those who had stable cycles or went through an earlier lengthening.

Cardiovascular disease is the number one killer of women, with risk jumping significantly after midlife. Because of this, menopause and hormone levels are believed to play a role.

Cycle length is related to hormone levels, so it may provide a window into women who are at risk for CVD. By knowing when these changes are occurring, it may help with more individualized treatment instead of a one-size-fits-all approach.

The “late” increase group had significantly better measures or artery thickness and hardness than the stable group, whole the “early” group had the poorest artery health.

It’s also interesting to wonder if the changes observed were more than hormonal, and whether or not other factors – genetic or lifestyle – played a role in menstrual cycle length. For example, whether a woman’s diet, activity levels, or family history play a role in the hormonal changes.

In any event, this news is useful for doctors to help create better treatment strategies. It may also help women get a better idea of their future heart health. If your menstrual cycles begin to lengthen, make a note and see how much time elapses before menopause.