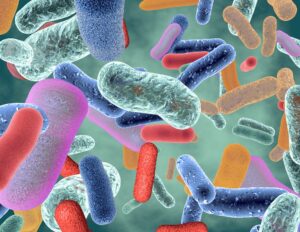 You might feel depression in the brain, but it could begin, or at least be impacted by, your gut.

There is plenty of research looking at how the microbiome, which is the population of microorganisms, or bacteria, that reside in your digestive system, can impact health.

Trillions of bacteria and other microorganisms live in your intestine, stomach, and colon, and are believed to do a lot more than participate in the digestive process. Studies have shown the microbiome may be involved in immune defense and producing vitamins, anti-inflammatory compounds, and chemicals that influence the brain.

New research is now suggesting that certain bacterial strains in the gut may feed depressive symptoms while other strains may offer protection from them.

In two new studies, researchers identified 13 groups of bacteria that were related to the odds of adults having depressive symptoms. In some cases, depleted strains of gut bacteria were present in people with depression, while other strains were found at high levels.

The groups of bacteria that correlated with depression scores were generally decreased in people with depression. However, some groups, like Sellimonas and Eggerthella, were present in greater abundance when people were depressed.

It is important to note that these findings do not prove anything and that it is far too early to recommend probiotics as a viable treatment for depression.

The findings, however, may still be a little murky. For example, depression can cause people to eat poorly, which can alter gut bacteria.

At the same time, it is possible that bacteria may influence depressive symptoms. Some of the bacteria identified in the study play a role in synthesizing chemicals that impact the brain, like butyrate, glutamate, and serotonin.

It is still hard to tell if gut bacteria is a modifiable factor in mood. However, there is research to suggest a healthful diet can influence mood. Eating gut-healthy foods may help alter the microbiome to limit depression.