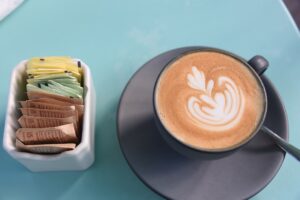 Artificial sweeteners are often touted as a healthy way for people to enjoy their favorite sweet treats.

But a growing body of research suggests that things aren’t always what they seem.

It’s true these non-nutritive sweeteners have zero calories and can offer the sweet satisfaction of a soda without diabetes or heart disease-inducing sugar. But studies suggest they may actually promote weight gain and metabolic damage.

Now new data from France, published in The BMJ, suggests that they could also increase the risk for heart attack and stroke.

French researchers tracked the heart health and diet of more than 103,000 French men and women for nearly a decade and found that a higher intake of artificial sweeteners was linked with a higher risk of cardiovascular disease (CVD). About 80 percent of the cohort were women with an average age of 42.

At the beginning of the study, nearly 4 in 10 people reported they regularly used artificial sweeteners, including Nutrasweet (aspartame), Splenda (sucralose), and Sunett or Sweet One (acesulfame potassium). The sweeteners were either added to food or drink or featured in processed products.

Researchers found an association between artificial sweetener intake and the risk of heart trouble. The results, however, do not mean that these products cause heart problems.

For example, the researchers noted that people who consumed these products tended to have more heart risk factors than those who did not.

But there may be more at play. Artificial sweeteners may impact intestinal taste receptors, affecting sugar absorption and insulin levels. They may also alter the gut’s microbial makeup to drive inflammation and vascular malfunction.

At the end of the day, these products may not be as safe as you think and should be used sparingly.