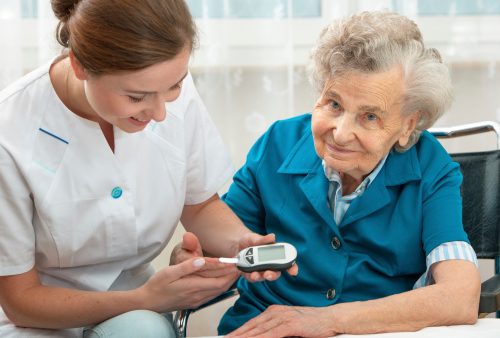 GLP-1 agonists drugs are typically used to treat type-2 diabetes, but new findings have uncovered gaps in knowledge surrounding these drugs. The researchers have found incomplete information regarding GLP-1 and their effectiveness for treating type-2 diabetes.

One particular finding found GLP-1 had the potential to activate glucagon, which promotes the release of sugar into the bloodstream. This is an aspect GLP-1 agonists drugs are intended to prevent.

The research team came from the University of Cambridge and the University of Warwick. Dr. Graham Ladds from the University of Cambridge said, “GLP-1 agonists clearly benefit many patients with type-2 diabetes and there is no reason to presume that our findings outweigh those benefits. Nevertheless, we clearly lack a full picture of their potential impact. Understanding that picture, and being able to consider all the components of target cells for such treatments, is vital if we want to design drugs that have therapeutic benefits for diabetes patients, without any unwanted side effects.”

GLP-1 agonist drugs are injectable and often prescribed to individuals who cannot control their diabetes through lifestyle changes. GLP-1 agonist drugs work to mimic the naturally-occurring hormone glucagon-like peptide (GLP). They can help regulate blood sugar by stimulating the release of insulin, and by signaling the brain that the body is full as a means to promote weight loss.

The research findings suggest instead of GLP-1 agonists working to activate receptors, it may actually bind to them instead.

Dr. Ladds concluded, “The work shows that, contrary to our previous assumptions, glucagon receptors can potentially be activated by anti-diabetic treatments. To date, very little work has been done on RAMPs, but they clearly play an important part in the process of regulating blood sugar, which is core to helping people with diabetes. The study shows that there is a critical need to take this into account when designing new therapeutics.”