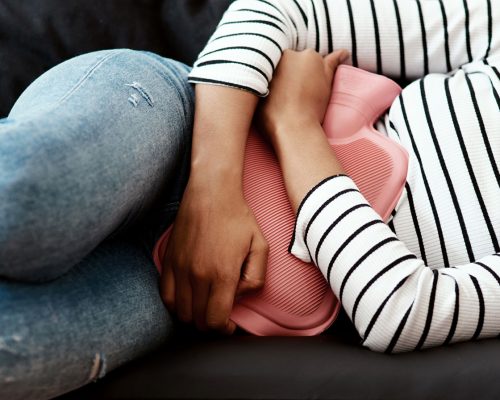 A new study from Chalmers University of Technology and Uppsala University Sweden shows no relationship between a diet that includes gluten and increased irritable bowel syndrome (IBS) symptoms. Those with IBS tend to avoid certain foods and often cut gluten out of their diet to prevent stomach pain and diarrhea symptoms.

However, this study shows results that indicate that diets high in gluten did not increase symptoms of IBS, as previously thought. Researchers found that a specific carbohydrate type called FODMAPS can aggravate intestinal problems, but this influence is also less than previously thought.

Lead author Elise Nordin said, “IBS is a very complex disease involving many factors, but our results indicate that the effects of specific diets are not as great as previously thought.”

IBS affects approximately 3% to 5% of the world’s population, so it is essential to understand how specific diets can affect the symptoms associated with the condition. IBS has been associated with gastrointestinal and mental health issues.

This new study included 110 people with IBS, all of which were examined for their reactions to diet. Each participant was served rice puddings prepared in different ways. One variety was rich in gluten, while the other had large amounts of carbohydrates of the FODMAP variety.

The FODMAP fermentable carbohydrates include certain chains of fructose and lactose. In addition to the prepared rice puddings, researchers also supplied a neutral type that served as a placebo.

The study conclusively showed that participants’ gastrointestinal systems were provoked through high doses of FODMAPs or gluten. The FODMAPs did aggravate some symptoms but not to the extent that the researchers had expected based on previous studies. Gluten, however, was found not to have any measurable adverse effects on the participants’ perceived symptoms.

Researchers are now examining how the diet can be individually adapted and how biomarkers in the intestinal flora or the blood may help predict health outcomes.

For those with IBS, colon health is significant.