Home » Cancer » Prevention » New Research shows that an Apple a Day Could Keep Cancer Away! 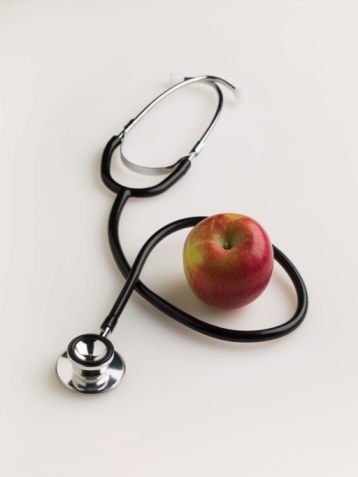 Bursting with nutrients like vitamin C, potassium, pectin and fiber, mothers have been telling their children for generations that an apple a day can keep the doctor away. Now, research has uncovered yet another reason that apples are one of nature’s most potent medicines – and may even act as a natural cancer cure.

Cancer is the second leading cause of death in the United States, and incredibly, new studies have recently discovered an inverse relationship between the consumption of apples and the risk of cancer. In other words, the more apples a person eats, the lower their risk is for several types of cancer. The most recent research found that a compound in apples could actually behave as a natural cancer cure,  killing colon cancer cells more efficiently than even chemotherapy drugs.

Could Apples Be the Key to Curing Colon Cancer?

This breakthrough research showed that the oligosaccharides in apples can not only out-perform common cancer drugs when it comes to treating colon cancer, but that they are also a non-toxic alternative, without all of the health risks and severe discomfort caused by traditional cancer therapies. Unlike chemotherapy drugs, oligosaccharides attack only the cancer cells, and do not cause harm to the patient’s healthy cells. As such, treating colon cancer with oligosaccharides could mean avoiding the troublesome side-effects associated with cancer drugs such as nausea, vomiting, fatigue and hair loss


To maximize their cancer fighting properties, eat two apples a day and don’t discard the skin. Be sure to choose organic apples, because conventionally grown apples are contaminated with toxic pesticides and herbicides which may actually increase your risk for cancer. Also, choose locally grown apples when possible, because apples that are shipped from far away are picked before they are fully ripe and do not contain as many nutrients.