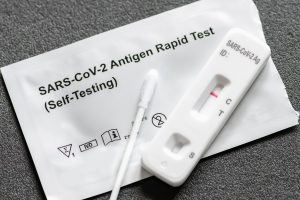 There was a lot of talk early in the pandemic how something like it was bound to happen. There had not been a large-scale pandemic in a while and that the world was due.

Now new research suggests that because of climate change, new illnesses and pandemics could become the norm.

As planet earth grows hotter, it forces different animal species to migrate to new areas ad interact with other creatures (animals, humans) at an increasing rate, bolstering the likelihood for new vital illnesses and pandemics.

At least that is at the crux of a new report published in the journal Nature.

Researchers used models to predict how the earth’s rising temperatures would effect animal migrations to predict the risks for new vital illnesses similar to illnesses like HIV and pandemics like COVID. Both were believed to have jumped from animals to humans.

The researchers predicted that potential new contacts between different species are expected to essentially double over the next 50 years to substantially increase the risk of disease transmission.

They believe climate-driven geographic shifts will lead to more than 300,000 first encounters between species, which is almost double to what’s happening now.

Other experts not involved in the study say that it is hard to capture the true risk of climate change’s impact on infectious disease using models, but the results are interesting, nonetheless.

So what can you do to stay healthy? That’s the great unknown. You can try to build a stronger immune system with diet, exercise, and good sleep.

You can also try and do whatever you can to limit your carbon footprint. This would include things like shopping locally, outfitting your home with energy-efficient appliances, and finding ways to reduce driving.