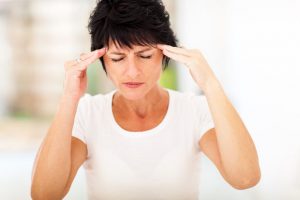 Migraine sufferers may soon have a drug-free alternative to help treat their intense pain and it comes in the form of a wireless patch. The patch works by producing electric impulses that are emitted through rubber electrodes and block pain signals from reaching the brain.

To test the effectiveness of the patch, researchers recruited 71 volunteers who suffered migraines between two and eight times per month and had not taken any medication to prevent the onset of a migraine for at least two months prior. The volunteers applied the wireless patch to their upper arm immediately after the start of a migraine attack and used it for 20 minutes. They were not permitted to take any medications to ease migraine symptoms for two hours following the treatment. The patches were preprogrammed to either deliver an electrical impulse at one of four levels of frequency, or a sham shock at a very low frequency. Each patient received real and sham stimulations and it was found that at the three highest levels of stimulation, 64 percent of patients saw at minimum a 50 percent reduction in pain two hours after treatment.
In comparison, only 26 percent of patients who received the sham stimulation saw a reduction in pain. Fifty-eight percent of patients with moderate to severe pain found their pain level drop to mild or none when treated with the highest level of stimulation while 30 percent of participants who received the highest level of stimulation reported experiencing no migraine pain.

The patch treatment was found to be as effective as commonly prescribed migraine medications so long as it was started within 20 minutes of the onset of a migraine. Dr. Yarnitsky commented on the efficacy of the patch, stating, “People with migraines are looking for non-drug treatments, and this device is easy to use and has no side effects.” The patch is slated to undergo a trial with 200 patients beginning shortly, and the team hopes that it will be FDA approved by next year.

What causes pain in the back of the head?