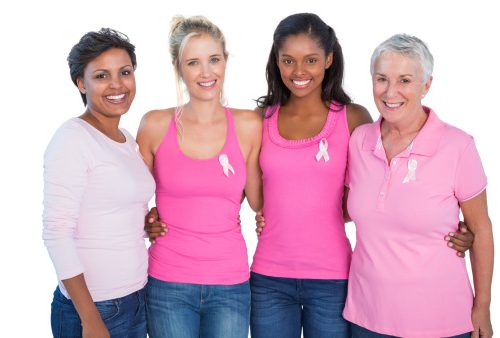 A landmark trial has discovered a new 21-gene test that can help breast cancer patients skip chemotherapy. Recently published in the New England Journal of Medicine, the study is the best evidence on the subject to date.

The test, called Oncotype DX, is performed on the tumor and helps identify which patients can safely avoid chemo. It takes 21 genes from the tumor and examines the sample to decide if they are active. The tumor is given a score (on a scale of 0 to 100) and the lower the tumor scores on the scale, the lower the chances are of having the cancer recur in other organs if a pill (such as tamoxifen) is used and not chemo. Previous studies uncovered that the low score means chemotherapy either doesn’t work or isn’t beneficial.

Using 10,253 women with breast cancer (specifically hormone-receptor positive, HER2 negative), the study was conducted over five years. Women with tumors scoring 10 or lower (15.9 percent of participants) on the test were given hormone therapy (tamoxifen) but not chemotherapy. Women with mid-range scores of 11 to 25 (68 percent of participants) were randomly given either both therapies or only the hormone. At the end of the study, less than two percent of the hormone-only group had the cancer spread and the survival rate was 98 percent overall.

While the combination of hormone therapy drugs and chemotherapy has helped reduce breast-cancer mortality rates by approximately 33 percent over the past 25 years, research suggests that chemo only extends about five percent of lives. As most people know, chemotherapy can be costly and can come with harsh side effects, such as pain, exhaustion, nausea, hair loss, loss of appetite, problems with digestion and many more. Finding an effective treatment without the use of harsh chemo chemicals was the goal of the study.

Kathy Albain, M.D., oncologist at Loyola University Medical Center and main co-author said, “This should provide a lot of reassurance to women and their physicians. In women whose breast cancer scored low on the multigene test, there was outstanding survival with endocrine therapy alone. The test provides us with greater certainty of who can safely avoid chemotherapy.”

The researchers concluded that their evidence will help women with low-scoring tumors avoid chemotherapy, when they would have received it otherwise. Further research is needed to help the researchers decide if women with scores higher than 10 could also safely skip the chemo.