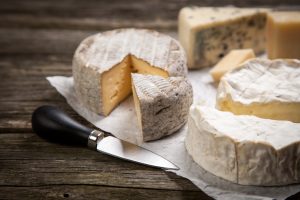 New listeria outbreak has emerged form packaged salad following the earlier soft cheese listeriosis wave. The outbreak was announced on January 27, 2016, when packaged salads were recalled from a packaging facility in Springfield, Ohio. Illnesses from the salad have been reported in New York, Missouri, and Connecticut. Furthermore, there are cases of listeria in Canada, and after performing the necessary tests, researchers determined it was the same strain from the U.S. outbreak.

Listeria is a serious, life-threatening illness, and so far one person has died, while the others who have become infected have all been hospitalized. The outbreak first began back in July 2015, affecting 15 people, including a pregnant woman. In January, this number increased again, and researchers have found that specimen in all the listeria tests are related genetically.

The source of the outbreak comes from Dole-packaged salads coming from a processing center in Springfield, Ohio. This same salad may be sold under various other names as well, which could be furthering the outbreak.

On January 21, Dole made a statement that they were stopping all production in their Springfield facility, and has since withdrawn all their salad from the site.

Consumers should not purchase nor digest salad from Dole, and restaurants should also do the same.

In October 2015, an outbreak of listeria from soft cheese was deemed over, but the Centers for Disease Control and Prevention (CDC) suggest that people may fall ill, as the soft cheese may still be in homes and restaurants, especially if individuals are unaware of the recall.

Those infected during the recent outbreak caught a strain of listeria, which closely resembled the strain from the outbreak back in June 2010. The previous outbreak led to 28 hospitalizations, one fetal loss, and three deaths.

The soft cheese was distributed by Karoun Dairies, and 21 of the 29 patients reported consuming the cheese up to one month prior to developing the illness. Karoun Dairies voluntarily recalled 15 of their cheeses in September 2015. Some names the cheese may go by include Karoun, Arz, Gopi, Queso del Valle, Central Valley Creamery, and Yanni.

Listeriosis is a type of food poisoning caused by ingesting food or water contaminated with Listeria monocytogenes bacterium. Listeria is a dangerous, life-threatening illness, and for pregnant women, it poses a risk of miscarriages, premature delivery, and serious infections in newborns.

Anyone can contract listeria and listeriosis, but pregnant women, seniors, and children, as well as those with a compromised immune system, are at a greater risk of complications and severity from the infection.

L. monocytogenes can be found in soil and water along with the following:

Symptoms of listeria may appear similar to that of the flu, including nausea, vomiting, diarrhea, aches, and fever. If the infection spreads to the nervous system, it can lead to headaches, stiff neck, confusion, loss of balance, or convulsions.

A physical exam and medical history is usually enough to diagnose listeria, and your doctor will ask about foods you may have recently consumed. Blood tests and spinal fluid tests are conducted to confirm listeria.

In a healthy individual, listeria does not commonly require treatment, and like many other forms of food poisoning, it will pass on its own. It’s important, though, to consume plenty of fluids to stay hydrated and to prevent dehydration if you are vomiting or having diarrhea. If complications of listeria do arise, antibiotics may be prescribed. Hospitalization may be required depending on severity and the patient.

Here are some tips to prevent listeria:

By following these safety tips, you can better protect yourself against listeria.