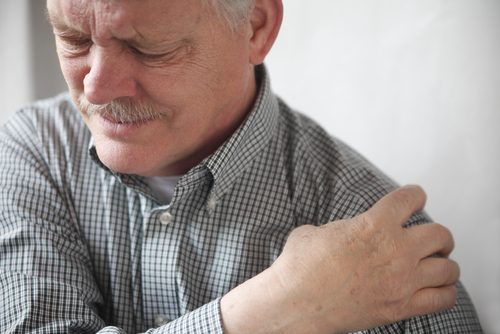 There is a big difference between getting influenza – the flu – when you’re in your 20s than when you’re over 65.

As a young adult, the flu can leave you down and out for a few days, closely acquainted with the bathroom.

But for seniors, the impact can be much more severe.

More than just the sniffles, fever and an upset stomach, the virus can lead to pneumonia and bronchitis, especially in adults over 65. It can also worsen existing conditions like diabetes, asthma and heart disease.

When the flu becomes a more serious threat

Because of the deterioration that happens to an aging immune system over time, people over 65 may produce fewer of those flu-fighting antibodies in response to vaccines. With this in mind, a new flu vaccine has been developed for this age group. The vaccine is four times stronger than the standard vaccine.

RELATED READING: 4 surprising ways to treat your cold this season

Sanofi Pasteur Inc. has released “Fluzone High-Dose” which claims to bolster protection for vulnerable immune systems. The vaccine will run you just under $30, compared to about $15 for the regular shot. Is it worth the extra cost and do seniors really need the higher dose?

A New England Journal of Medicine study tested 32,000 seniors across North America. The results showed the high-dose shot was just over 24 percent more effective against “laboratory-confirmed influenza” than the regular flu shot.

The downside to flu vaccines

The reviews are mixed. And I’m advising against the high-dose shot.

In the largest of three clinical studies comparing high-dose and standard-dose, those who received the high-dose vaccine were more likely to develop side effects, such as fever and soreness at the injection site, during the week after vaccination. I don’t think seniors should risk those more serious side effects.

The standard flu vaccine, itself, isn’t 100 percent effective. It’s still possible to come down with the flu even after you’ve received your shot. But it can do a lot for lessening the severity of symptoms.

The Food and Drug Administration (FDA) accelerated its approval of Fluzone High-Dose on the condition that studies will continue to evaluate its effect on seasonal flu outcomes, such as cases of flu and flu complications, in older people. Until I see more evidence in favor, again, I recommend getting the standard vaccine instead.

The Centers for Disease Control and Prevention (CDC) The cautions the flu will infect up to 20 percent of the American population and put 200,000 people in the hospital. That said, the CDC and its Advisory Committee on Immunization Practices have yet to endorse any one flu vaccine for those 65 and older. Both do recommend that no matter what the flu vaccination, make sure you do get one as the first and most important step in the prevention of the flu.

When the flu is making its rounds this season, try to stay away from the germs themselves. Wash your hands several times every day with soap and warm water, or use an alcohol-based hand sanitizer when you can’t get to a tap. Disinfect your household objects, like your phone, your TV remote and your appliance handles.

Also, stay away from anyone who is sneezing or coughing.

Having the flu is no picnic, true enough, but you don’t want it to turn into something even worse.