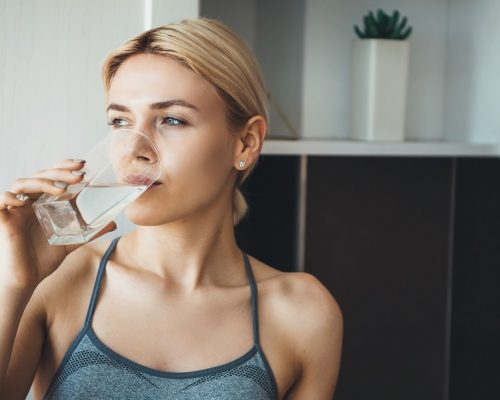 You know that staying hydrated is an important component of overall health. But you may not have known just how good it might be for your heart.

The association with heart health seems to be, at least according to this study, that fluid intake helps regulate blood sodium (salt) levels.

It appears that too little liquid can impact a person’s sodium balance, hormone levels, and kidney function, which could harm heart function.

The work suggests that a lack of water intake can begin increasing a person’s salt levels above a 142 millimole per liter (mmol/L) threshold. When blood levels exceed that, the brain secretes hormones to activate the kidney to produce a type of water preservation mechanism. Urine output drops, which can contribute to high blood pressure risk.

And the dangers to heart health may go even further. The researchers also found that long-term insufficient fluid intake can undermine the cellular integrity of the heart muscle.

Staying hydrated may prevent, or at least slow down, these changes.

Study participants were between 44 and 66 when they enrolled in the study. They each had salt levels evaluated five times over the next 25 years, as they reached ages in the 70s to 90s.

The result was that those with blood salt above 142 mmol/L in middle age had a surge in heart issues when they hit 70 and beyond.

These findings do not prove that hydration can contribute to better heart health, but they do create an interesting area of study. And because we know that sodium levels influence heart health and that hydration is good for your overall health, it’s likely there is a relationship.

So, how much water should you drink? It really depends. Starting your day off with a bottle of water and going from there is likely the best bet.

The key is to pay attention to the fluids leaving your body. If you’re sweating a lot or notice your urine is any color other than light yellow or clear, you could probably use some more water.

Also, pay attention to whether or not you’re sweating in the heat or how long you’re going between bathroom breaks. No sweat or more than two or three hours without a pee could indicate it’s time for hydration.

Sipping water throughout the day is ultimately the best defense against dehydration.