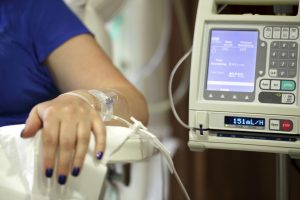 A new drug to prevent organ rejection after transplantation may also reduce the risk of early death in kidney transplant recipients. The study examined patients who underwent a kidney transplantation and were given belatacept (brand name: Nulojix). The researchers found that over the course of seven years, 43 percent of patients were less likely to die or experience donor kidney failure. The results were compared to the outcomes of another study for an older drug known as cyclosporine.

Belatacept was first approved in 2011 by the FDA based on a three-year clinical trial that revealed it could help prevent organ rejection. The new study confirms that belatacept is more effective than cyclosporine.

Dr. Eliot Heher co-wrote an editorial where he stated, “When belatacept was approved, there was promise that it would bring longer-term benefits,” he said. “But until now, we didn’t have the data.”

Cyclosporine is intended to prevent organ rejection, but over the long term it can increase the risk of donor organ failure along with raising blood pressure, heart disease, and diabetes. Belatacept, on the other hand, works differently and has not resulted in such complications.

Although improvements had been made to increase the time during which a donor kidney functions, the transplanted organ still failed eventually. Such outcome had researchers question why these transplants fail, which brought them to the conclusion about the role antirejection drugs play in these cases.
Another form of rejection is that over time the immune system begins to create antibodies against the transplanted organ, thus causing it to fail. Typically, this occurs in 20 percent of patients within five years. With belatacept, this was reduced to five percent.

Although there are many benefits to belatacept, it does have some downfalls, including a higher risk of infection and a potential risk of cancer, which occurred in five trial patients who were taking belatacept. Lastly, belatacept isn’t as convenient as other medications, as it must be administered through IV monthly, whereas other medications come in pill form.

Researchers still believe that belatacept is an effective alternative to other antirejection drugs.