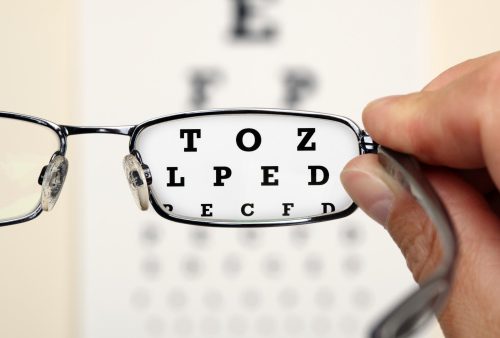 New research has developed a cell-culture model that could help scientists discover earlier intervention and treatment strategies for those with age-related macular degeneration (AMD).

AMD occurs twice as often in older adults as Alzheimer’s and is the most common cause of vision loss around the world. Current treatment for AMD requires frequent injections into the eye, and as the issue is so common, many are looking for alternative ways to treat and prevent the disease.

Age-related macular degeneration causes the part of the retina used for more detailed vision to degenerate. This happens when deposits of fat and protein, known as drusen, build up under the support cells and block the flow of blood into the photoreceptors. Drusen are an early risk factor for later forms of AMD like neovascularization and geographic atrophy. These conditions can cause irreversible vision damage, so assessing and treating AMD before it reaches this stage is extremely important.

Researchers have set out to better understand how drusen are formed by creating a cell-culture model that may be used to test early intervention treatment strategies.

The research published in Investigative Ophthalmology and Visual Science details how retinal pigment epithelium cells from a pig’s eye can be used as a suitable model for growing drusen, and asserts that the model could be easily replicated in laboratory settings.
The identification of a valid model will allow scientists to better create and test methods for preventing drusen growth and, in turn, delay the progression of AMD so that it does not reach stages that cause irreparable damage.

As older adults are the fastest growing component of the population, research that addresses one of their most common and detrimental ailments is critical. Better models for testing treatment methods could allow for the development of more efficient tools for treating and preventing vision loss caused by AMD.