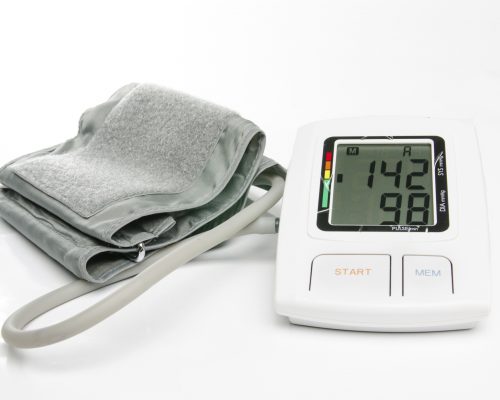 There is an ongoing debate with regards to whether older Americans should be put on blood pressure medications, but recent findings suggest that new guidelines may be putting some of these patients at risk for stroke.

In 2014, a panel of experts suggested raising blood pressure guidelines for patients over 60 from 140 to 150 systolic blood pressure as a point to prescribe treatment.

The new findings suggest that systolic blood pressure between 140 and 149 increases a person’s risk of stroke by 70 percent, compared to those with lower systolic blood pressure.
Senior author Dr. Ralph Sacco said, “Our study shows the borderline group is probably as risky as having a blood pressure greater than 150, at least for stroke risk. This was a controversial move, and I think our study suggests we shouldn’t switch it to 150. We should stick to 140.”

The study did not examine the side effects of the medication, or how the medication would alter a person’s stroke risk. Dr. Paul James, head of family medicine at the University of Iowa Carver College of Medicine, added, “It’s a matter of balancing the risk of treatment with the benefits of treatment. That’s not a simple thing, and it’s not really something that one study like this study could answer.”

In 2008, the U.S. National Heart, Lung and Blood Institute formed the Eighth Joint National Committee to update blood pressure guidelines from 2003. Its recommendations, which were issued in 2014, suggested that seniors over 60 should only take blood pressure medications if their blood pressure exceeded 150/90, which is higher from the previous 140/90.

The researchers collected data from 1,750 participants over the age of 60, all without diabetes and chronic kidney disease – main risk factors for stroke. After a 13-year follow-up, 182 patients suffered a stroke. The researchers found that having blood pressure of 140 to 149 elevated stroke risk as much as having it read over 150.

Both Sacco and Bauman refer to an ongoing study known as SPRINT, which points to the fact that lowering blood pressure guidelines to 120 can reduce death, stroke, heart attack, and heart failure by one-quarter.

The blood pressure debate will continue to be ongoing, as additional research continues to mount.