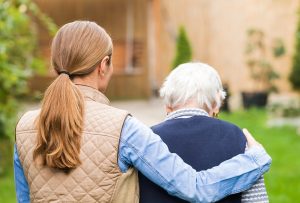 A recent report has warned that many seniors are living with undiagnosed dementia. It may serve as a call to arms for better screening procedures and for individuals to recognize potential signs of the condition.

The report was authored by researchers at the University of Michigan and published on June 29 in The Journal of Alzheimer’s Disease.

A nationwide survey of nearly six million Americans aged 65 and older provided the data. It found that 91-percent of people with cognitive impairment consistent with dementia had no formal diagnosis.

The study also revealed that diagnosis varied by race, gender, and education. The data showed that Black seniors (93 percent) were more likely to be diagnosed than other racial groups. Men and people with lower education were also at higher risk compared to their female and educated counterparts.

These results suggest better access to care is required and doctors need to improve screening procedures. It also means people need to do a better job of recognizing the signs.

Cognitive decline and impairment can present themselves in several ways. They include:

If you notice these changes or someone close to you points them out, getting to a doctor for screening is highly recommended.

You can also try to reduce your risk for dementia and cognitive impairment through lifestyle measures. Some lifestyle measures that might work to prevent cognitive decline include regular exercise, a nutritious diet (like the Mediterranean) that is low in processed and refined foods, and maintaining social connections.