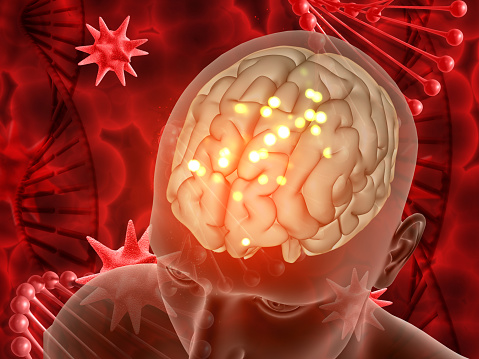 Being diagnosed with cancer is one of the most distressing things that can happen. One of the most aggressive types of cancer occurs in the brain called glioblastoma. This type of cancer can develop at any age but occurs more often in older adults. The cancer is very difficult to cure as it tends to have an inherent resistance to conventional therapy. The most common length of survival following diagnosis of glioblastoma is 12 to 15 months.

New research out of MIT has made great strides into discovering the fundamental mechanisms behind this form of brain tumor. They have now found the reasons behind why glioblastomas grow so aggressively.

Utilizing mouse models, the team was able to block the mechanism that made glioblastomas aggressive, halting tumor growth. They were also able to identify genetic markers that could predict which patients would benefit from this type of treatment.

Currently, medical treatment for brain tumors depends on the type, size, grade, and location of cancer. Your age, as well as overall health, play an important role. Therapy is currently limited to drugs that attempt to shrink tumor size as well as radiation, chemo, and surgery options.

“There are very few specific or targeted inhibitors that are used in the treatment of brain cancer. There’s really a dire need for new therapies and new ideas,” says Michael Hemann, an associate professor of biology at MIT, a member of MIT’s Koch Institute for Integrative Cancer Research, and a senior author of the study.

The identification of a protein called PRMT5 involved in glioblastomas is the focus of this particular study. When the gene was turned off, tumor cells stopped growing. However, the protein was involved in hundreds of other processes and stopping only tumor growth proved quite a challenge.

However, further experiments on this gene led the researchers to hypothesize that PRMT5 was using special types of gene splicing to stimulate tumor growth, a process that “snipped out” unneeded portions of mRNA molecules called introns.

PRMT5 played a key role in the splicing, which essentially guaranteed the expression and proliferation of tumor cells, ultimately helping the cells grow uncontrollably.

A possible new method for treatment

Blocking PRMT5 in tumor cells had successfully stopped tumor cell division and made them go dormant into a non-dividing state when testing on glioblastoma cells transplanted under the skin of mice. However, the issue of passing the blood-brain barrier still remains, as PRMT5 inhibitors did not work as well when targeting tumors in the brain, the researchers found.

A major benefit, however, was the fact that PRMT5 did not appear to cause major side effects, as is the case with commonly used conventional treatment options.

The advancements made in the roles PRMT5 plays in brain tumor development helps to shed light on this promising aspect of cancer treatment, but more research will still be needed to overcome its limitations in targeting cancer in the brain.