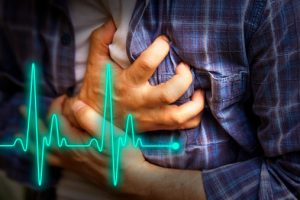 Clutching our chest as we collapse to the ground is something we all fear as we get older, as a heart attack can occur suddenly and without warning. It happens because the flow of blood to the heart has become blocked, most often due to a buildup of fat, cholesterol, and other substances that have accumulated throughout the years.

People have long been advised that to keep these artery-clogging substances at bay and avoid a heart attack, they should maintain a healthy diet and exercise regularly.

However, a new study finds that a naturally occurring protein called dickkopf-related protein 3 (DKK3) could guard against heart attacks and strokes. It has shown promise in stopping the buildup of fatty material inside the arteries associated with atherosclerosis.

Common cause of artery blockage

Atherosclerosis is the hardening and narrowing of arteries caused by buildup of fatty material. Years of accumulation can lead to the blockage of vital arteries found in the heart or brain, leading to a heart attack or stroke. These conditions can often lead to sudden death.

A study carried out by King’s College London researchers measured the level of DKK3 in blood samples collected from 574 people over a five-year period. Those with higher levels of DKK3 were found to be less likely to develop atherosclerosis over that time, and subsequently less likely to die from a heart attack or stroke.

However, the researchers stress that these results were independent of other atherosclerosis risk factors such as high blood pressure and cholesterol levels.

The study in question also looked into mice bred to be genetically deficient in DKK3. The researchers found that they developed larger, less stable atherosclerotic plaques compared to mice with normal levels of the protein.

DKK3 is thought to be able to protect against atherosclerosis by aiding in speedy endothelial lining repair at the first sign of damage. This is important as fatty deposits can build up otherwise.

“Our work suggests that we could use a simple blood test to find seemingly healthy people who are at risk of heart attack and would not routinely be identified as at risk by their GP [general practitioner]. Ultimately it may also be possible to boost DKK3 levels and protect people against the fatty buildups which can cause a heart attack or stroke,” said Professor Qingbo Xu, the John Parker Chair of Cardiovascular Sciences at the BHF Centre of Research Excellence, King’s College London.

While more research into the protective effects of DKK3 is needed, the researchers are optimistic that new medicines based on the protein will reduce the risk of atherosclerosis-related heart attacks and strokes.