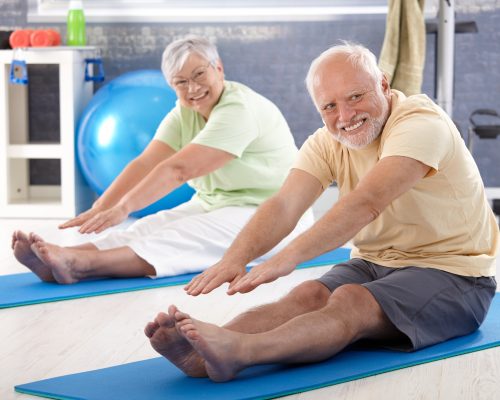 If you weren’t finding the time to get in a little extra exercise every day, there is a new reason why you should start. According to a study in the journal Gut, exercise can do wonders for your digestive health.

Why is keeping your digestive system in peak condition so important? For your personal comfort, for one – you’ll likely know if something’s wrong – and also for your overall health. Food keeps your body going much like a car needs its gas, and your digestion system is like a car’s engine. It needs care and attention to run smooth and powerful.

Symptoms of poor digestion aren’t much fun. You might have stomach pains, bloating, constipation and diarrhea, just to name a few. The symptoms can range from mild to serious, and while short-term relief can be found with over-the-counter medications, you certainly wouldn’t want to rely on methods like these long- term.  Your body can become dependent on the medication and, over time, it becomes less and less effective, and you’re back to the drawing board (and the bathroom).

A new study is shining some light on a very simple way you can improve your digestion, naturally.

British researchers examined blood and stool samples from 40 professional rugby players who were in the midst of intensive training programs. They were chosen because rugby players mix extreme exercise with extreme diet. Researchers studied their stool samples, in particular, to look for the variety of gut bacteria.

Game on! Athletes vs. regular guys

The samples taken from the rugby players were then matched against samples from an equal number of men who were not athletes; half were physically active and half were not. They answered questions about types of food consumed and their exercise routines. The results of the study indicated that the rugby players, as well as the men in the group who exercised, had lower levels of overall muscle and tissue inflammation as well as a better electrolyte, calcium and glucose levels – all things that bode well for good health.

Most interesting about this study was the researchers found a greater diversity of gut bacteria in the athletic men in the control group and the rugby players, compared to the men who didn’t exercise at all.

The study revealed the athletes had higher levels of a specific enzyme that signals muscle or tissue damage, so the body can work to repair damage fast. These men also had lower levels of inflammatory markers than the men in the “non-athlete” control group with a higher BMI, so the athletes were considered better able to combat inflammation. There was more variety in the types of bacteria and more bacteria overall in the guts of the athletic men.

Gut bacteria (or gut microbiota as it is now called) helps with the digestion of food and also plays an important role in the immune system, providing a barrier effect from germs and bad environmental bacteria. So the more you have and the most versatile the bacteria, the better for your digestion, your immune system and your health.
RELATED READING: What your poop is telling you about your health

How did the athletes fare in other categories?

Study authors noted that the athletic groups ate a more complete diet which consisted of a good amount of meat (22 percent compared to 16 percent in the non-athletic group). The rugby players also consumed supplemented protein and ate more fruits and vegetables than the non-athletes.

The men who weren’t athletic consumed a lot more of the processed snack food options.

The study results definitely conclude that whether you are moderately active (as seen with the exercise control group) or extremely active (the rugby players), you will see positive changes in your health and digestion. Good news for the moderately active, because joining a rugby league might not be in the cards!

What the average senior can do for their health

Clearly, as a doctor, I am not going to recommend you try to make up a lifetime of being physically inactive overnight, or go sign up for a high-impact sport like rugby. But older adults should try to make some time each and every day to get moving.

If your high-intensity workout years are behind you, that’s OK. It is still important that you get up to 150 minutes of low-impact exercise like walking every week to achieve the same improvements to your digestive health. That’s just over 20 minutes a day. Cut that time in half if you participating in higher-impact activities like running or step aerobics. The important thing here is that you keep your body moving.

So whether you are taking a walk or playing badminton, exercise can help improve digestion and strengthen your immune system, so you’re better able to fight off illness. Not to mention the comfort you feel when you go for a nice long walk after a meal. It’s a far more rewarding habit than taking antacids or laxatives.