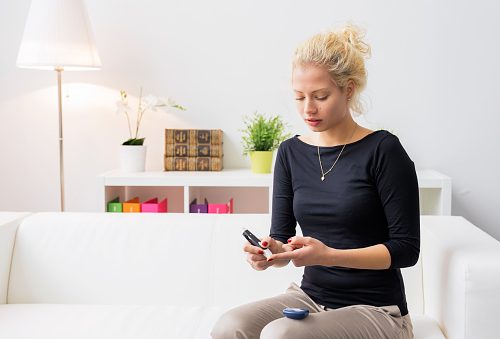 Myocardial infarction, more commonly known as heart failure, is one of the risks faced by people suffering from type 1 diabetes. This is because type 1 diabetes affects the coronary blood vessels, often causing them to constrict. This is known as coronary artery disease. It was earlier believed that men were more affected than women by coronary artery disease. However, a new study shows that women are at as much risk as men.

Researchers at Gothenburg University in Sweden studied patients with type 1 diabetes who had done a coronary angiography from the year 2001 to 2013. There were approximately 2,800 people who were subjects of the study, 42 percent of which were women who were suffering from diabetes for approximately 35 years.

The findings of the study were a positive indication according to researcher Viveca Ritsinger, as after 35 years of having diabetes, one would expect more patients to suffer from coronary artery disease. She explained that this was probably because Swedish doctors continuously monitor their patients—most patients could maintain normal blood sugar levels after developing the condition. In addition, various other factors of cardiovascular disease risk were also monitored.

The Follow-Up Study and Sex Differences

According to Ritsinger, women usually develop coronary artery disease later than men and their condition is usually less extensive. However, she adds that women affected with type 2 diabetes have a tendency to develop the condition earlier than those who do not have diabetes.

Prevention Is Better Than a Cure

Coronary artery disease can ultimately lead to heart failure. Since this is a common development in diabetes patients, those suffering from diabetes and type 1 diabetes, in particular, should monitor their condition closely to identify the onset of risk factors as early as possible. This will ensure that preventive treatment is started on time to reduce mortality.

Preventive treatment involves medication that can help to improve the blood lipid profile and keep blood pressure at normal levels. If treatment is started early on, at the onset of coronary artery disease, it can prove to be significantly beneficial to people suffering from type 1 diabetes.