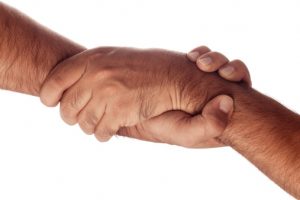 Myasthenia gravis is the weakness and rapid fatigue of voluntary muscles caused by the breakdown of the communication between nerves and muscles.

Myasthenia gravis commonly affects women under the age of 40 and men over the age of 60. There is no cure for the condition, but treatments can aid in symptom management.

Signs and symptoms of myasthenia gravis include: 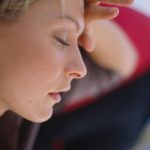 For normal muscle functioning our nerves communicate with our muscles by releasing chemicals that fit into muscle cells. In myasthenia gravis, the immune system produces antibodies that block or destroy the muscles receptors, causing fewer signals to be received, which results in weakness and fatigue.

The antibodies also block the protein tyrosine kinase, which is essential for forming nerve-muscular junction. Blockage of this protein can also contribute to myasthenia gravis.

Lastly, genetic factors have been found to play a role in myasthenia gravis. It has been shown that some mothers with the condition can pass it on to their children, but with treatment the children recover quite quickly.

These medications aim to boost communication between the nerves and muscles, as well as limit antibody production and alter the immune system.

Common therapies to treat myasthenia gravis are plasmapheresis, which is similar to dialysis and removes excess antibodies, and intravenous immunoglobulin, which supplies the body with normal antibodies to alter the immune systems response.

Home remedies for myasthenia gravis include:

Myalgia and myositis: Know about muscle pain and inflammation

Causes of skeletal muscle weakness and atrophy due to aging