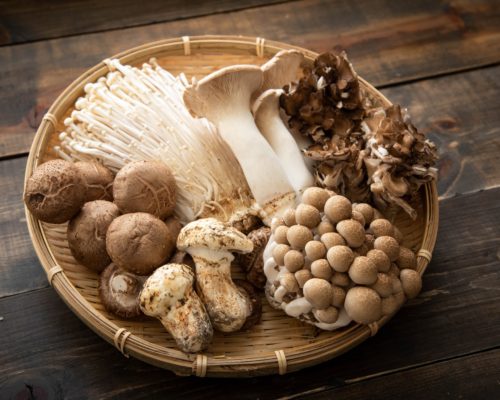 Mushrooms may reduce the risk of developing mild cognitive impairment by 50 percent. The researchers at the Department of Psychological Medicine and Department of Biochemistry at the Yoo Loo Lin School of Medicine at the National University of Singapore uncovered that seniors who consumed two standard portions of mushrooms weekly had a lower risk of cognitive impairment.

Assistant Professor Lei Feng explained, “This correlation is surprising and encouraging. It seems that a commonly available single ingredient could have a dramatic effect on cognitive decline.”

Data was collected from over 600 Chinese seniors and the study took place over six years.

Professor Fong added, “People with MCI are still able to carry out their normal daily activities. So, what we had to determine in this study is whether these seniors had poorer performance on standard neuropsychologist tests than other people of the same age and education background. Neuropsychological tests are specifically designed tasks that can measure various aspects of a person’s cognitive abilities. In fact, some of the tests we used in this study are adopted from commonly used IQ test battery, the Wechsler Adult Intelligence Scale (WAIS).”

The most commonly consumed mushrooms were golden, oyster, shiitake, and white button mushrooms, as well as dried and canned mushrooms. The researchers suggest that other mushrooms could have benefits as well.

The researchers suggest that a specific compound in mushrooms could be attributed to the benefits of mushrooms on mild cognitive impairment.

Senior research fellow Dr. Irwin Cheah explained, “We’re very interested in a compound called ergothioneine (ET). ET is a unique antioxidant and anti-inflammatory which humans are unable to synthesize on their own. But it can be obtained from dietary sources, one of the main ones being mushrooms.”

The researchers will move forward to conduct more randomized trials on ET and other plant-based nutrients to uncover their effects on mild cognitive impairment.