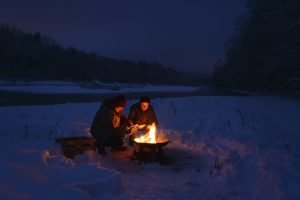 A new study has revealed that people living in darker, colder climates – further away from the equator – have a higher risk of developing multiple sclerosis (MS) symptoms earlier on. Multiple sclerosis is believed to be caused by a combination of genetics and environmental factors, including exposure to sunlight and vitamin D.

The researchers analyzed data from over 22,000 MS patients worldwide. Average age of MS symptom onset was 32, but every 10-degree change in latitude was associated with an earlier symptom onset. On average, patients living in the northern hemisphere saw the onset of MS symptoms two years earlier than their southern counterparts.
As the study was observational, no solid conclusions can be made, but it does offer an insight into the mechanisms behind the onset of multiple sclerosis, providing a better understanding of advancing prevention of multiple sclerosis.

According to the researchers, the findings, “suggest that environmental factors which act at the population level may significantly influence disease severity characteristics in genetically susceptible populations.”

Risk of multiple sclerosis in women may not be reduced with exercise: Study