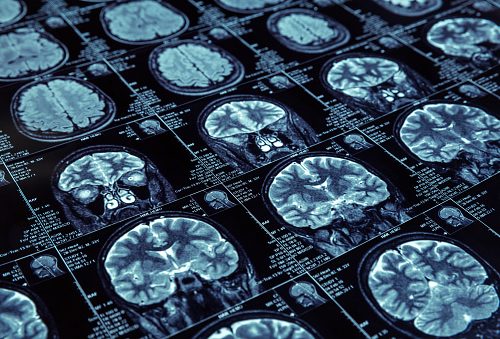 To conduct the study, researchers tested 17 patients with multiple sclerosis and 11 healthy individuals with no indications of impaired memory, and used both the authentic rTMS treatment and a fake version with a lower intensity. Prior to the procedure, each participant was examined to determine their memory status. They then participated in three separate sessions where they performed working memory tasks—one to determine a baseline, one with the authentic rTMS treatment, and one with the fake, lower-intensity treatment.

Brain activity in the prefrontal cortex was assessed by a magnetic resonance scanner while the tasks were performed, allowing researchers to observe and track all activity. The results showed no difference in groups during the baseline session, while the authentic rTMS treatments caused an improvement in working memory, brain activity, and connectivity between the prefrontal cortex and the rest of the brain in multiple sclerosis patients. The fake, lower-intensity rTMS treatments had no effect on brain or memory function for either group.

Transcranial magnetic stimulation was originally used as a treatment for clinical depression. It works by using magnetic fields to stimulate nerve cells in the brain to combat symptoms of depression in a non-invasive manner. The procedure is conducted by placing an electromagnetic coil on the patient’s scalp near the forehead. The coil then delivers magnetic pulses that stimulate nerve cells in the specific areas of the brain that affect mood.

In the study mentioned, it was used to stimulate the prefrontal cortex in hopes of improving working memory, rather than influencing mood. Repetitive transcranial magnetic stimulation has been approved by the U.S. Food and Drug Administration for the treatment of severe depression, and is proven to help depressed MS patients.
While the study does show promising results, more research needs to be conducted on the use of rTMS for improving brain function and working memory for those with MS. The authors of the study have acknowledged its limitations, as it was performed on a very small pool of participants and there was an absence of clear memory and cognitive issues between participant groups. The treatment is FDA approved for easing the symptoms of severe depression, however its safety and efficacy as a method for improving cognitive function in those with MS needs to be further researched before it can be prescribed as a regular treatment method.