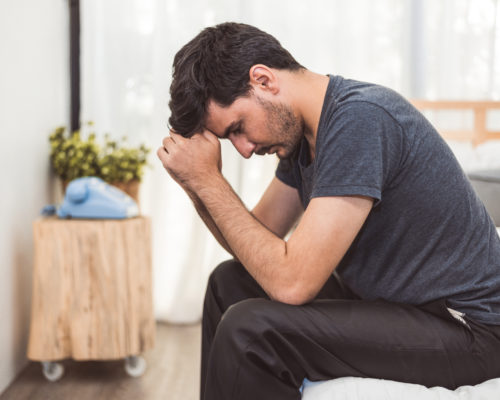 The study led by investigators at the University of Alabama at Birmingham and the University of Alabama involved 9,529 black and 14,516 white, stroke-free participants. Each participant was 45 years and older and enrolled in the UAB-led REGARDS study. The REGARDS study is a national, population-based longitudinal study designed to examine the relationship between stroke incidence, mortality, and risk factors associated with racial and regional disparities.

To assess depressive symptoms in participants, researchers used the four-item version of the Center for Epidemiologic Studies Depression Scale, known as CES-D-4. This scale helps to evaluate depressive symptoms and assess how often respondents felt depressed, sad, lonely, or had crying spells.

This study helps medical professionals to recognize stroke risk from patients who exhibit depressive factors. It also set out to determine whether symptoms might help explain the increased risk that the black population has for stroke, especially in the southern United States.

Previously, research has not been able to identify why there is a difference in stroke risk between races. As traditional risk factors have not been able to identify a factor, this study had hoped to find an association between depressive symptoms and stroke. Depression often goes undetected and undiagnosed in black patients. They are also frequently less likely to receive adequate care and management for mental health.

Physicians typically care for particular conditions such as hypertension, diabetes, or stroke, and this study opens the discussion for considering non-traditional risk factors. One such element should be screening for mental health.

As this study was unable to find a substantial relationship between depressive symptoms and stroke risk in the black population, further research is needed to explore non-traditional risk factors for stroke. It is essential to understand the difference in both populations’ risk factors, so health care providers can offer treatments accordingly.