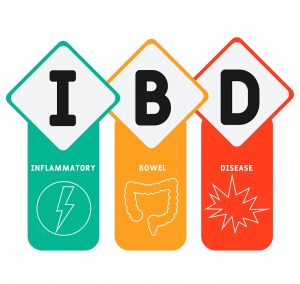 There is no cure for ulcerative colitis, a painful chronic inflammatory bowel disease (IBD). However, a drug used to treat multiple sclerosis is proving highly effective.

Ulcerative colitis is a form of IBD that causes the immune system to attack the lining in the large intestine. It creates ulcers that can lead to extreme pain in sufferers.

A new clinical trial has found that Ozanimod (Zeposia), an approved drug for multiple sclerosis treatment, can help relieve symptoms of ulcerative colitis and even send it into full remission in a large percentage of users.

The results are published in the New England Journal of Medicine.

What might be the best news of the trial was that the drug was able to heal mucosal membranes that line the digestive tract. The healing was so apparent that ulcers and inflammation were not visible during a colonoscopy.

The drug works by blocking lymphocytes, which are immune system cells produced in the lymph nodes that contribute to inflammation. By blocking them, they cannot participate in inflaming the gut lining.

Of course, the drug did not work for everyone, but this is a common occurrence. Some people simply take to certain forms of treatment, while others do not.

If you suffer from ulcerative colitis, it’s worth talking to your doctor about it. This MS treatment could be a bastion of hope for a virtually incurable condition.

The drug does have some side effects, which were experienced by some participants. However, the effects disappeared when usage was stopped.

This is promising news for a rather large segment of the population, and hopefully, further research confirms the findings. In the meantime, keep doing your best with diet to limit flare-ups and manage the condition.