Home » Cancer » Prevention » Movember – What it Means for Prostate Cancer 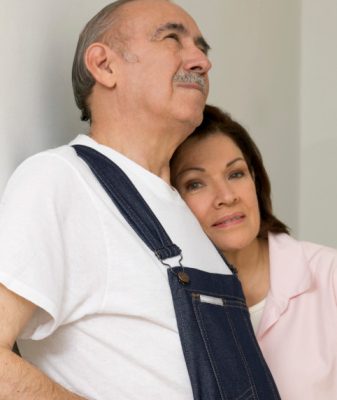 The idea of you or someone you care about being diagnosed with prostate cancer, or being given any kind of cancer risk at all can be very scary. And the bottom line is that prostate cancer risk is all too high, in fact, with millions of people being diagnosed with various forms of cancer and so many cancer related deaths, this is a clear epidemic that needs some form of social intervention.

So when November rolls around every year and you notice more moustache’d gentleman, if you wonder why you might not be alone. “Movember” as it has been coined is a creative way to raise money for prostate cancer research, and it really has appeared to catch on.  The trend has really gained steam, as the phenomenon has spread from Australia to Europe and across to North America, and according to Movember.com, in 2011 over 850, 000 people got on board and raised a whopping $126.3 million dollars.

A few facts on prostate cancer that will make you sure to jump on the Movember bandwagon:

-Prostate cancer risk is a very real concern. In fact, an estimated 240,000 men were diagnosed with prostate cancer last year alone. And, this year (2012), it is expected that over 33, 000 men will die from it.

-Prostate cancer is considered to be the most common and deadly cancer in men.

-Men have a 1 in 6 lifetime prostate cancer risk. That number becomes particularly shocking when you learn that last year the break cancer risk was given a 1 in 8 score. This makes the fact that the prostate cancer awareness trend has only become recent cancer much more alarming.

– Prostate cancer is the second most common cause of death from cancer among many different races. Including, but not limited to white men, Hispanic and African American men.

-Men of African American decent are at the highest cancer risk, having twice that of their white counterparts.

It’s a good idea to know where Movember comes from The idea that might be one of the most shocking statistically, is that around the cause of around 90% of the different cases of prostate cancer is entirely unexplained. That leaves researchers with a lot of work ahead of them. Many experts agree that research is in its infancy, but they can come to some broad conclusions. They say that the enormous increase in prostate cancer recently could have something to do with environmental changes as well as certain lifestyle factors. The 10% not included tends to be genetic.

Getting on the Movember bandwagon – for a good cause!

There are many charity websites, and company endeavors as well as various ways to passively donate to a good cause next time you see someone sporting a moustache this month. Give generously, as there is still so much that needs to be uncover, and the statistics are rather scary in terms of frequency of prostate cancer appearances in the population, which is why raising money and awareness will never be wasted.