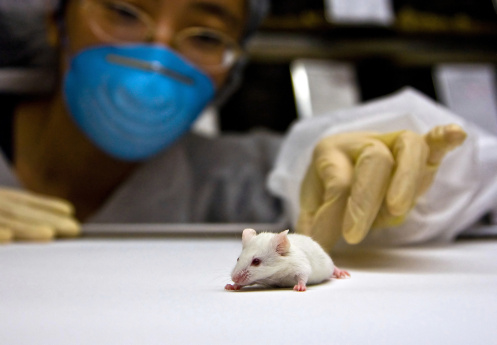 Excess fat on the body is usually an undesired trait. While it may not look appealing, your body is simply storing the extra calories you are consuming in fat cells called adipose tissue. The more you eat, the more adipose tissue you accumulate.

Having fat is not all bad, as a healthy amount is required for normal functioning. In fact, women who are anorexic and have dangerously low levels of fat tissue will not have normal menstrual periods, preventing conception.

More than one type of fat

Fat also serves to heat up the body when it gets cold. What most people don’t realize is that a special type of fat that aids in this heat production also plays a role in how the body uses glucose and excess fat stores.

“In addition to white adipose tissue, or white fat, people have brown fat, an important contributor to the body’s energy balance via the generation of body heat and the participation in metabolic processes,” said senior author Dr. Miao-Hsueh Chen, assistant professor of pediatrics and nutrition at Baylor College of Medicine.

Recent studies into brown fat in mice has helped uncover the role of this type of adipose tissue in humans. Researchers saw that brown fat in mice activated to produce heat, which affected energy balance. By exposing them to below normal body temperatures, they found that the mice would need to consume 60 percent more food to maintain their own normal body temperature.

In mice whose brown fat was dysfunctional or absent, a decreased energy expenditure was observed and the mice became obese.

“For several years, I’ve been interested in how to combat obesity and improve metabolic health. A few years ago, my lab developed a transplantation model looking at the effects of increasing brown fat above the shoulder blade in mice, and we saw a dramatic improvement in metabolic health. When Dr. Chen showed me her data identifying brown fat above the collar bone in mice, I was excited to collaborate and apply our transplantation model,” said Dr. Kristin Stanford, assistant professor of physiology and cell biology at Ohio State University Wexner Medical Center.

Most brown fat in mice is located on their back, and humans have most of theirs near the collar bone and deep in the neck. So, in order to better represent human subjects, brown fat was transplanted above the collar bone into healthy mice.

After completing this procedure, an improvement in glucose tolerance was observed. This proves to the researchers that brown fat can be metabolically beneficial and highlights its importance in humans.

The researchers are excited, as this mouse model is the first step to improving brown fat understanding of the human body. They hope to carry out further studies that experiment with its metabolic processes, as it might result in treatments to reverse diseases such as type 2 diabetes.