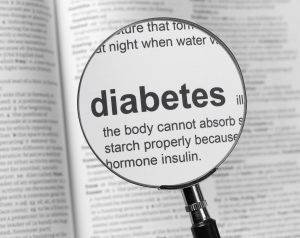 Heart attack and diabetes risk increases with the failure to safely store excess fat in the body. Overeating and lack of physical activity are well-known contributors to weight gain and the obesity epidemic. Obesity is linked to a higher risk of a heart attack and type 2 diabetes brought on by the body’s progressive resistance to the effects of insulin. Insulin resistance causes the levels of blood sugar and lipids to rise, raising the risk of heart disease and diabetes. What is unclear is why some overweight people develop these diseases while others do not.

A follow-up study was then carried out involving 12,000 participants who underwent body scans to reveal fat deposits in the body. The researchers found that having a greater number of the 53 genetic variants for insulin resistance was associated with lower amount of fat under the skin. The more gene variants a person had, the more severe their insulin resistance was.

Researcher Dr. Luca Lotta explained, “Our study provides compelling evidence that a genetically determined inability to store fat under the skin in the lower half of the body is linked to a higher risk of conditions such as diabetes and heart disease. Our results highlight the important biological role of peripheral fat tissue as a deposit of the surplus of energy due to overeating and lack of physical exercise.”

“We’ve long suspected that problems with fat storage might lead to its accumulation in other organs such as the liver, pancreas, and muscles, where it causes insulin resistance and eventually diabetes, but the evidence for this has mostly come from rare forms of human lipodystrophy. Our study suggests that these processes also take place in the general population,” added Professor Sir Stephen O’Rahilly.

Professor Nick Wareham added, “People who carry the genetic risk variants that we’ve identified store less fat in peripheral areas. But this does not mean that they are free from risk of disease, because when their energy intake exceeds expenditure, excess fat is more likely to be stored in unhealthy deposits. The key to avoiding the adverse effects is the maintenance of energy balance by limiting energy intake and maximizing expenditure through physical activity.”

The findings may contribute to future developments in treatments and prevention of insulin resistance, along with reducing the associated complications.

The study included over 5,300 people from around the world with type 2 diabetes. Patients who were hospitalized for congestive heart failure had a 24 to 28 percent higher risk of death within an 18-month period. That’s five times greater than the risk in those who were not hospitalized for a heart-related problem.

Furthermore, heart disease risk was three times greater in those with type 2 diabetes, compared to the general public.

The coexistence of heart disease and type 2 diabetes is mainly due to a common risk factor: obesity. High blood pressure and cholesterol also contribute to either condition. There are growing concerns that medications to control blood sugar may also have impact on the heart over time.

The study, presented at the American Diabetes Association’s annual meeting in New Orleans, was also published online in the journal Diabetes Care.