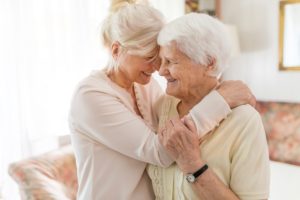 The thought of developing dementia can be scary. This is why many middle-aged Americans spend millions each year on supplements that have been thought to reduce the risk factor of developing cognitive dysfunction.

Even though so many adults think they may suffer from dementia in the future, only 5.2% say they have discussed dementia prevention with their doctor. Many of the participants have tried to reduce the risk by taking supplements such as vitamin E or ginkgo biloba, but healthcare providers are on the fence as to whether these actually cut down on dementia risk.

Participants reported that 31.6% of them took fish oil or omega-3 fatty acids to help lower their risk, and 39.2% took other vitamins or supplements. More than half of the participants also reported that they thought doing crossword puzzles could help keep dementia at bay.

Study leader Dr. Donovan Maust of the University of Michigan spoke about the study saying, “Given repeated failures of disease-preventing or disease-modifying treatments for dementia, interest in treatment and prevention have shifted earlier in the disease process.”

The authors of the study report that overestimating one’s own risk is not helpful in cutting the risk of dementia. This is because many of these adults try to use many ineffective preventative measures, which may simply lead to a lot of wasted spending and time.

“Adults in middle age may not accurately estimate their risk of developing dementia, which could lead to both overuse and underuse if preclinical dementia treatments become available,” Maust and colleagues write.

According to the U.S. Centers for Disease Control and Prevention, about 1.6% of the U.S population had Alzheimer’s disease and other forms of dementia as of 2014. They also predict that by 2060, this number will more than double to 3.3% of the population.

Normal age-related memory loss can include forgetting names of acquaintances, misplacing car keys, or forgetting appointments. However, these incidences may not necessarily lead to dementia. Many health care providers agree that the most effective way to reduce dementia risk factors is through lifestyle changes.