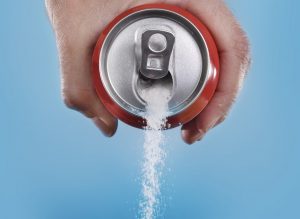 You don’t have to be a health specialist to know the dangers of added sugar. For close to a decade, health authorities have been warning the public of its dangers, and in some cases, calling for initiatives to reduce consumption.

The researchers say that sugar is killing Americans at a rapid pace, suggesting that reducing its content in packaged foods and drinks could prevent more than two million strokes, heart attacks, and cardiac arrests per year.

It would also reduce the number of diabetes cases and its various associated health troubles.

The study authors used modeling to look at the impacts of voluntary sugar reduction goals across 15 categories of packaged food and drinks.

Modeling showed that cutting 20 percent of sugar from packaged foods and 40 percent from beverages could prevent:

All in the current lifetime of Americans aged 35-79.

Of course, it’s highly unlikely largescale food manufacturers alter their use of sugar. It’s what keeps people coming back for more. Instead, you may have to rely on yourself to monitor added sugar intake to potentially lower the risk of death and illness.

So, how do you do that? It can be very difficult. The real key is looking at ways to slowly cut consumption. If you’re drinking five cans of coke per day and eating a few sugary snacks, cutting it all out at once likely won’t last.

Instead, look to cut back on or two items per day. Maybe replace a can of coke or two per day with a glass of water or a cup of unsweetened coffee or tea. Maybe swap one of the snacks for an apple or handful of nuts. When a routine takes shape, cut more sugar.

The key is to stick to it and remember that the changes should come in time. Eventually a plain yogurt with added nuts and berries, maybe a little cocoa powder, will help satisfy a craving for something sweet after dinner.