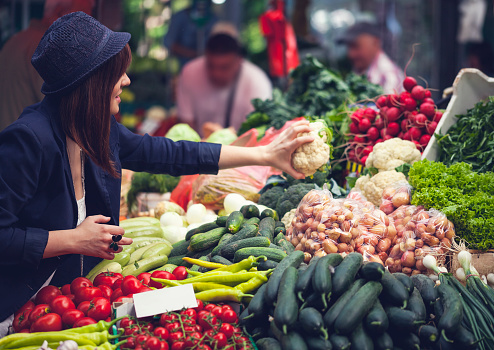 Researchers from the University of Iowa have found that more Americans are buying their produce locally and from farmer’s markets, not necessarily because they believe it’s better food, but because they want to know who is growing the food. Also, their drive to eat locally makes them feel more connected to their community and want to share their passion for healthy living with others.

Corresponding author of the study Ion Vasi said, “It’s not just about the economical exchange; it’s a relational and ideological exchange as well.”

From a sociological standpoint the idea of buying food locally can be referred to as a “moralized market.” Consumers combine their economic and social values and as researchers pointed out, food markets are more likely to develop in areas where people commit themselves to civic participation, health and environment. Farmers markets and food co-ops also appear more in cities with higher education levels, higher incomes and more schools to attend for higher learning. Co-author Sara Reyes said, “Sociologists and political scientists have argued that higher income allows people to make consumption decisions based on values, in addition to matters of price or value.”

For the study, local food markets were looked at by number of farmers markets, food co-ops, community-supported agriculture providers and local restaurants. Over 40 interviews were conducted with consumers and producers in different markets in Iowa and New York.

Historically, farmers markets were deemed “doomed” as changes in society would simply not require them any longer. In 1971 there were 340 farmers markets in America, but many of them were not run by farmers – only resellers.

Over the course of 20 years the number of farmers markets began to more upward again. A three-fold jump was seen between 1992 and 2007 in sales of direct to consumer products. Furthermore, farmers markets listed in the USDA National Farmers Market increased from 3,706 in 2004 to 8,268 in 2014. Internet searches and newspaper articles saw an increase in the promotion and mentioning of farmers markets.

Many wondered what sparked the boom, and researchers suggest that with the increase in big-box stores came a push to buy locally once more. An alternative study suggested, “A growing number of communities have attempted to gain control of their own economies by encouraging civic engagement that supports investing in locally owned businesses instead of outside companies.”

The findings were presented at the American Sociology Association Annual meeting in Chicago.