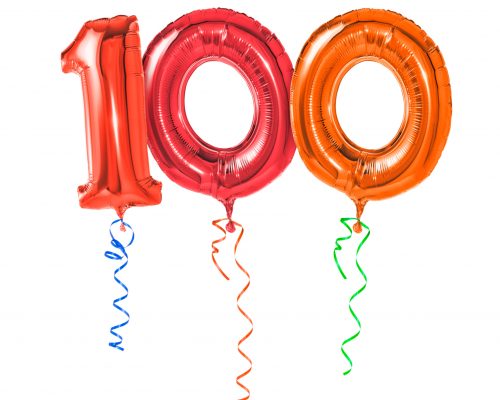 More and more Americans are not only living to the age 100 but even beyond that with 72,000 Americans who turned 100, they are still living beyond their years. Death rates for centenarians were on the rise between 2000 and 2008 but since 2008 this has been on the decline. Furthermore, cause of death for this age group also changed.

Dr. Maria Torroella Carney, chief of geriatric and palliative medicine at Northwell Health explained, “In the 19th century there were public health efforts of clean water and sanitation and vaccination science. In the new millennium, continued vaccination development, health promotion activities, injury prevention — such as wearing seatbelts and helmets — have further contributed to increased longevity and life expectancy.” Furthermore more people are quitting smoking as well as the air has become cleaner, too.
Other experts suggest that care for seniors are also improving and that, too, can contribute to the rising age. Dr. Heather Whitson, a member of The American Geriatric Society explained, “One way we’ve been successful in improving care for patients who are very advanced in age is that we’ve infused geriatric education throughout more schools that train health care professionals.”

Carney does raise some concerns that although life expectancy is growing this could have detrimental effects on life quality for seniors explaining, “While Americans may be living longer, are they living well? Are individuals functional, communicative, or are they suffering? Are they living alone or with others in their own homes or in nursing homes? Are end-of-life decisions being made and wishes being carried out? Are these elders dying in their homes or in hospitals?”

“These are the questions that need to be addressed. Americans are living longer than ever before. Let’s now look to promote how this longer life is lived,” Carney concluded.