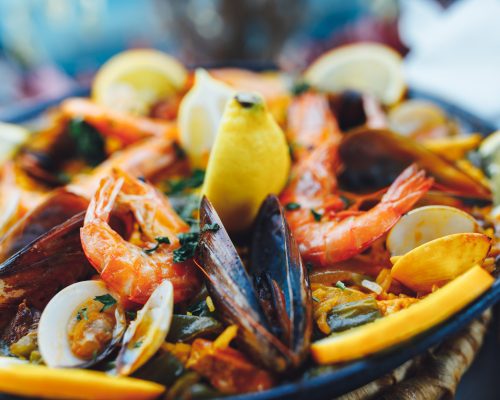 Seafood lovers may be boosting their cognitive health, whether they know it or not. Research from Nottingham Trent University and Queen Mary University of London has found a potential molecule in seafood that may help to protect and improve cognitive function.

The study is part of a series that aims to understand how gut bacteria and the molecules they interact with can influence human health and disease. For this study, researchers looked at the role of trimethylamine N-oxide (TMAO), a molecule produced by the body during the digestion of fish.

As foods are consumed that contain TMAO, the molecule is broken down by bacteria in the gut. This breakdown product is then taken into the bloodstream and converted back to TMAO, which interacts with organs throughout the body.

As the molecule circulates throughout the body, it interacts directly with the blood-brain barrier. This barrier is meant to help prevent potentially harmful toxins in the body from reaching the brain, but as people become older, it can become more easily penetrated by toxins. These toxins can greatly interfere with brain health.

Researchers found, however, that TMAO works to make the blood-brain barrier less susceptible to penetrations. They recorded that the long-term presence of the molecule in a diet positively influenced both blood-brain barrier integrity and cognition, preventing recognition memory impairments. So, by making simple diet changes, researchers believe cognitive health could be improved.

A Better Understanding of Diet

Professor Leslie Hoyles concluded the study by saying, “This work is a big step forward in better understanding how our diet could positively influence cognitive function and healthy aging. We have demonstrated that TMAO – a bacterial metabolite associated with the human gut microbiome and found in high quantities in fish and seafood – has a direct and beneficial interaction with the blood-brain barrier and influences cognitive function.”