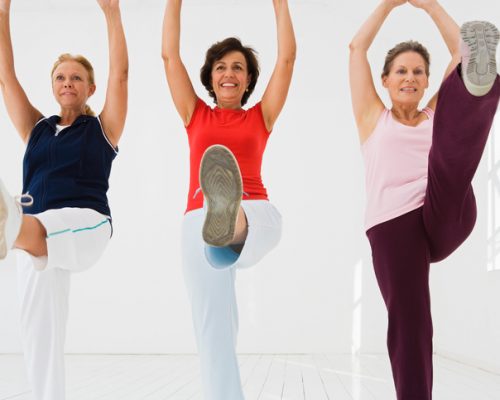 Alcohol drinkers may appreciate the latest health news: Moderate exercise has been shown to offset some of the harmful effects of alcohol consumption. Drinking alcohol has been linked to a number of negative health outcomes, but the new study suggests that 2.5 hours of exercise a week could reduce those complications.

First author Karine Perreault said, “Among the sedentary participants, we found that the risk of death from cancer and all causes is slightly increased even for an alcohol consumption considered to be within guidelines.”

The authors do not suggest that exercise can fix the impact of binge drinking, but rather that it could help reduce some of those harmful effects.

The researchers defined drinking within guidelines as no more than 12 alcoholic beverages a week for men and women. However, compared to people who never drank, alcohol consumption even within the guidelines was associated with a 36 percent increased risk of cancer mortality and a 13 percent increase in all-cause mortality risk.
On the other hand, drinkers who met the recommended minimum of weekly physical activity saw a substantial reduction in the odds of early death.

The researchers suggest that drinking and exercising share similar pathways in the body, but while alcohol harms the body, exercise works to protect it.

Although the study uncovered the protective properties of exercise against the effects of alcohol, it’s still important to steer clear of binge drinking and alcohol abuse. Alcohol can have negative long-term effects on the body, that’s a fact. Minimizing your overall intake – rather than trying to fix the impact of excessive drinking with exercise – is, perhaps, more efficient in reducing the risk of associated health problems and early death.