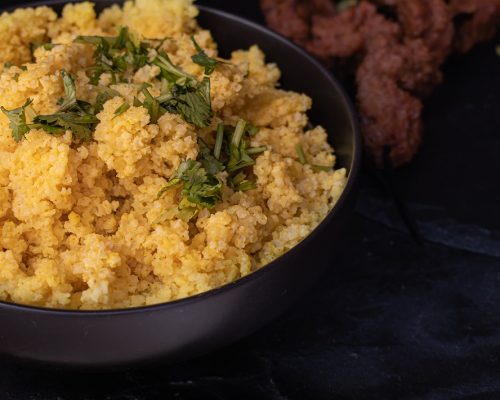 According to a new study, a millet-based diet can reduce the risk of developing type 2 diabetes and help manage blood glucose levels in people with diabetes. This study helps to outline the potential to design appropriate meals with millets for diabetic people as a preventative approach.

The study published in Frontiers In Nutrition shows that diabetic people who consume millet as part of their daily diet can benefit from a blood glucose level drop of 12 to 15%. Blood glucose levels can also go from diabetic to prediabetic levels.

For the study, the authors reviewed 80 published studies involving about 1,000 people, making this analysis the largest systemic review on the topic. With so much research previously undertaken on millets, the effects of diabetes and those benefits were often contested. This new systemic review of the studies has helped to prove that millets can keep blood glucose levels in check and reduce the risk of diabetes.

In many parts of the world, millet-based diets are consumed as staple cereals. However, with new investments in crops such as rice, maize, and wheat, nutritious and climate-smart crops like millets have been forced out of popularity.

The study helped to show that millets have a low average glycemic index of approximately 36% lower than milled rice, maize, and refined wheat. All eleven types of millet studied could be defined as either low or medium on the glycemic index. The review concluded that even after baking, boiling, and steaming, millets still had a lower glycemic index than wheat, rice, and maze.

This study was also able to identify information gaps and suggested a need for collaborations to have one major diabetes study which covers all types of millets and all major ways of processing. Structured and consistent testing to gain information will be highly valuable globally for the prevention and treatment of diabetes.

Dr. S. Anitha, the study’s lead author said, “Awareness of this ancient grain is just starting to spread globally, and our review shows millets having a promising role in managing and preventing type 2 diabetes. In the largest review and analysis of research into different types of millet compared to other grains such as refined rice, maize and wheat we found that millets outperform their comparison crops with lower GI and lower blood glucose levels in participants.”