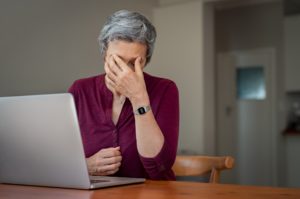 Researchers at São Paulo State University (UNESP) in Brazil, collaborating with colleagues at Oxford Brookes University in the United Kingdom, have reported a discovery about how stress may affect heart rate and auditory attention. This new report shows that brain activity related to auditory perception parallels heart rate, which offers a new perspective for the treatment of attention and communication disorders.

Sudden hearing loss can be experienced in highly stressful situations, usually lasting a short time. This is why researchers set out to test whether stress-induced changes in heart rate may impair auditory perception.

Valenti, a professor at the UNESP campus in Marília and principal investigator for the study explained that recent research had already shown that heart rate can fluctuate in response to auditory stimulation and that these variations are controlled by the vagus nerve.

“However, exactly how auditory stimuli influence heart rate control by the vagus nerve was poorly understood,” Valenti said. “In addition, it wasn’t clear whether heart rate control interacted with the cortical brain activity associated with auditory attention in humans.”

This study was used to gain a deeper understanding of this phenomenon. Using 49 women, researchers tested heart rate regulation when challenged by a mildly stressful language test. The participants were asked to say as many Portuguese words beginning with the letter “A” as they could in 60 seconds without repetition.

Auditory processing and heart rate were measured before and after the language test. The auditory pathway in the brain was measured electrophysiologically using a standard procedure called long-latency auditory evoked potential (P330).

“This suggests that auditory information is processed less well in stressful than calm situations,” Valenti said.

“It’s possible that if you breathe more slowly under stress, for example, the parasympathetic nervous system may slow your heart rate and improve your auditory perception.”

Valenti spoke about the findings suggesting that this could open new possibilities for the treatment of patients with attention and communication disorders based on vagus nerve activation by electrical stimulation in the auricular region that would control heart rate.

There have been previous studies that used this method on children suffering from autism, and it has shown promising results.

“The data from these studies shows a significant improvement in the symptoms of children with autism as a result of this treatment method,” Valenti said.

For adults and children, this study helps to offer insight into the phenomenon of hearing loss during stressful situations. It may also offer new treatment options of patients with attention and communication disorders.