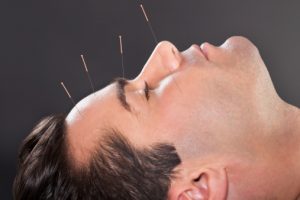 The findings are still preliminary, so it is too early to recommend acupuncture as a treatment method for early memory loss.

The reviewed trials involved nearly 600 people with mild cognitive impairment, which is considered pre-dementia. Roughly five to 10 percent of the patients developed dementia over the course of the study period.

The researchers concentrated on participants with a specific form of mild cognitive impairment called amnestic – these patients are even more likely to develop dementia.
The studies compared the use of acupuncture as a treatment to the use of nimodipine medication, as well as the combination of the two treatments.

Not all doctors are optimistic about these results. Some point to the poor quality of the studies and stress the need for additional research to validate these findings.

Acupuncture is a traditional Chinese medicine treatment that uses thin needles inserted at specific points of the body to promote healing.