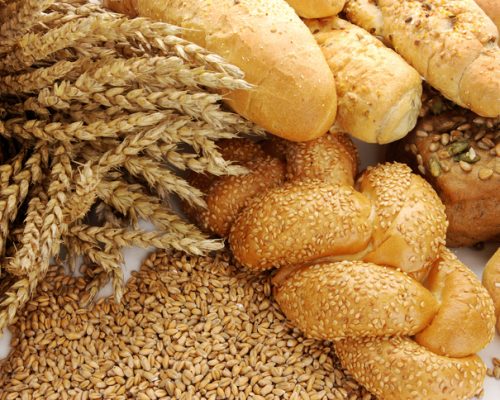 On the other hand, those who consume more protein and fat and less carbohydrates have a reduced risk of cognitive impairment. The study results reaffirm the importance of a well-balanced diet.

The researchers tracked 1,230 people over the age of 70 who reported what they ate during the previous year. This information was then reviewed by an expert panel of doctors, nurses, and neuropsychologists. Of the group, 940 people who showed no signs of cognitive impairment were asked to return for a follow-up assessment.

After four years, 200 of the 940 were developing MCI and other changes that are not considered normal for a healthy aging.

Those with the highest intake of fat and protein had 42 percent and 21 percent lower risk of MCI, respectively.

Lead author Dr. Rosebud Roberts said, “A high carbohydrate intake could be bad for you because carbohydrates impact your glucose and insulin metabolism. Sugar fuels the brain — so moderate intake is good. However, high levels of sugar may actually prevent the brain from using the sugar — similar to what we see with type 2 diabetes.”


Tips to manage symptoms of mild cognitive impairment in elderly

Mild cognitive impairment is that stage in-between age-related memory loss and a dementia diagnosis. This kind of cognitive decline is usually noticed first by friends and family. It can be measured by cognitive testing.

MCI can be a precursor to developing dementia or Alzheimer’s disease, but oftentimes the condition remains stable. There are two subtypes of mild cognitive impairment distinguished by their symptoms.

Amnestic MCI is characterized by memory loss as a primary symptom.

It’s important to stay sharp to help avoid the effects of cognitive decline. While living with MCI is absolutely doable, here are some tips to better manage this disease.

Diet: For optimal brain health, your brain needs at least 20 percent of good fat – monounsaturated and polyunsaturated. You can obtain these kinds of fat from items such as fish and olive oil.

Stress reduction: Stress can rob you of your treasured memories and contribute to brain aging, so finding techniques to reduce stress is very important. Some effective methods include yoga, meditation, breathing techniques, and exercise.

Exercise: Exercise greatly improves brain function. Not only can it help reduce stress but when you exercise you increase the blood flow to the brain. Exercise isn’t just physical – mental exercise such as completing crossword puzzles or learning a new language will help your brain work out.

Medications: Doctors might prescribe medications to improve symptoms of MCI. Although there are currently no medications for MCI specifically, the research in this area is underway.

Not only will these tips help you live better with mild cognitive impairment, but they can also help prevent Alzheimer’s.

Mild cognitive impairment is manageable. As long as you receive support from friends and family, you can continue to live a healthy life.