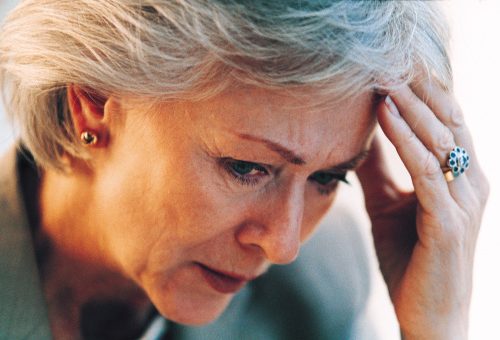 Migraine headaches with auras may double the risk of stroke as found in much research. An aura refers to feeling and symptoms experienced prior to the onset of a migraine headache – this is also called prodrome.

Although the exact cause of migraine headache auras are unknown, scientists believe that two common brain chemicals – serotonin and dopamine – may play a role. Some theories believe that something goes awry with serotonin and dopamine which causes the brain and the immune system to overreact. This can lead to an overflow of immune response cells to rush to the brain causing brain blood vessels to widen. The vessels then begin to open and contract thus causing the pounding sensation which you feel in your head.

Typical symptoms of a migraine include:

When paired with aura, additional symptoms appear including:

Symptoms of migraine headaches with aura may be minimized by staying in a dark quiet room, taking non-steroidal inflammatory drugs (NSAIDs), placing cold compreses on your head, taking medications to relieve nausea and vomiting and taking any recommended prescription medications.

Migraine headaches with auras may increase risk of stroke 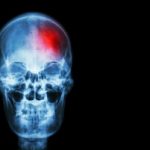 Nearly 85 percent of strokes are ischemic meaning they are caused by a blood clot in the brain. Researchers have outlined possible explanations as to why migraine headaches with aura may increase the risk of stroke which include:

Researchers Drs. Michael Star and Jose Biller wrote, “Taking all of these possible explanations into account, the research may point to stroke and migraine sharing a reciprocal causal relationship. There is a significant amount of research attempting to further elucidate this multifaceted relationship.”

Although the precise link between stroke and migraine headaches with aura is not yet fully understand with further research, scientists and doctors can begin to better understand the relationship between the two conditions in order to find ways to better prevent both of them

A new study suggest that asthma sufferers have nearly double the risk of experiencing chronic migraines. The research looked at over 4,500 patients who, at the beginning of the study in 2008, had less than 15 migraines a month. After a year the researchers checked to see how many people suffered from chronic migraines, which was categorized as over 15 migraines a month. Continue reading…

There are all sorts of triggers for migraines, but for many sufferers, tyramine rich foods seem to active the problem. Tyramine is a naturally occurring compound that comes from the amino acid called “tyrosine.” It acts as a releasing agent that impacts our neurotransmitters. Neurotransmitters are brain chemicals that play a major role in our bodily functions. Continue reading…