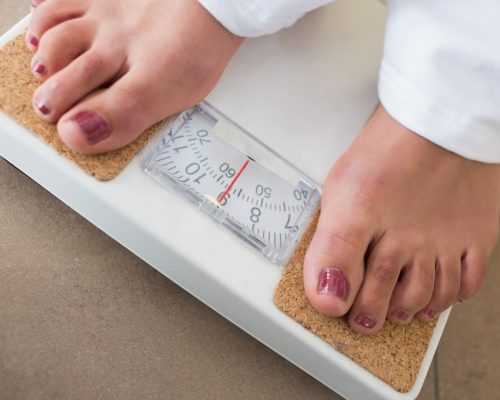 Weight loss beginning in midlife and extending into later life could be a sign of dementia, as uncovered by researchers at the Mayo Clinic. The findings revealed that individuals who lose weight over the course of decades are at a higher risk for mild cognitive impairment (MCI), which is the loss of memory and thinking skills. Weight loss of 11 pounds every 10 years was associated with a 24 percent higher risk of mental ability loss.

Lead researcher Dr. Rosebud Roberts said, “Unintended weight loss may be a signal to examine whether to increase efforts to engage in lifestyle measures that are beneficial to mental function.”
The researchers examined data of nearly 1,900 men and women over the age of 70 – height and weight were recorded at midlife.

Of an average four-year follow-up, 524 participants developed dementia and thinking problems. These participants generally were older or were carriers of the APOE e4 allele, which is a gene mutation associated with Alzheimer’s disease.

Furthermore, participants who developed dementia were more likely to have diabetes, hypertension, stroke, or heart disease. Additionally, these participants experienced greater weight loss per decade, compared to those who did not develop dementia.

The researchers were unable to determine the exact cause of weight loss, but Roberts explained, “Symptoms such as depression or apathy that occur before dementia may also have an impact on diet. Changes in smell, which are associated with dementia, may also affect eating habits and lead to weight loss.”

Roberts believes that doctors should pay close attention to patients who are losing weight unintentionally, as Roberts added, “Unintended weight loss may help identify patients who may be declining mentally.”