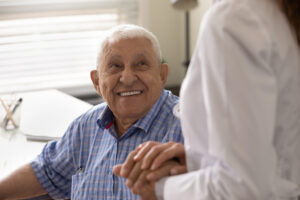 New research suggests that the three biggest lifestyle factors that boost the odds of dementia are obesity in middle age, inactivity, and the lack of a high school diploma.

That’s a shift from what they were in 2011 when the most important modifiable risk factors were physical inactivity, depression, and smoking.

Of course, not every risk factor for Alzheimer’s and dementia is modifiable. Age remains the biggest factor, while genetics play another. People carrying a gene variant called APOE4 have a greater chance of getting the disease.

That said, it is estimated that 40 percent of dementia cases worldwide can be attributed to modifiable risk factors.

Along with the top three, factors like high blood pressure, diabetes, heavy drinking, and hearing loss played a role.

So, why these risk factors? Obesity, a lack of activity, diabetes, and smoking all damage blood vessels that feed the brain. It’s linked to heart health, and as plenty of studies have previously established, what’s good for the heart is good for the brain.

Education levels can be a little harder to determine. Experts believe that it may have something to do with a theory called “cognitive reserve.” It’s based on the idea that people with more education might be better equipped to hold off the pathological brain changes seen in dementia and maintain thinking and memory for a longer time.

It’s good to know these modifiable factors and how they can impact you so you can make the necessary adjustments to give yourself the best shot at avoiding dementia.