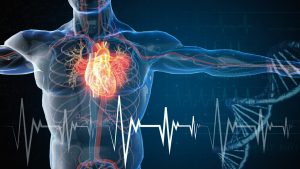 New research has found that a change in wealth during midlife may affect cardiovascular health. The study, published in JAMA Cardiology, suggests that a decline in wealth increases the likelihood of a cardiac event or heart disease after the age of 65, while an increase in wealth between the ages of 50 and 64 is associated with lower cardiovascular risk.

There has been little research done in the past about the association between socioeconomic status and cardiovascular outcomes, even though it has been well established. There is currently a 10-15 year difference in life expectancy between the population’s wealthiest 1 percent and the poorest 1 percent. This study is one of the first of its kind to investigate the toll that wealth can have on cardiovascular event risk.

Researchers were able to determine that participants who started in the top 20 percent of wealth and experienced a decline in wealth still had similar cardiovascular risk as those who remained fixed in the top wealthiest.

However, those who started in the bottom fifth of wealth accumulation and experienced increased wealth had lower cardiovascular risk than those fixed in the bottom quintile. The researchers believe that this may indicate a potential legacy protection among the wealthiest but not the poorest.

In the U.S. we live in a system where people often experience catastrophic losses in wealth, which may be a risk factor for cardiovascular events. Health care professionals should consider this a public health measure to help improve overall health while also narrowing racial, socioeconomic, and cardiovascular health disparities.