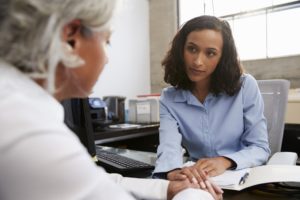 Depression is a mood disorder that causes a persistent feeling of sadness and loss of interest and is one of the most common mental disorders worldwide. An estimated 19 million American adults are living with major depression, which can affect both individuals and society as a whole.
Unfortunately, there is no known cure for depression, and it is typical for patients with mental illness to experience relapses after therapy. Findings show that one and a half years after the end of many treatments, only about 30 percent of patients are still healthy.

Fortunately, a recent study published in the journal Frontiers in Psychology is showing that there may be hope. Metacognitive therapy has shown to significantly reduce the risk of relapse in those with depression.

Professor Odin Hjemdal at NTNU’s Department of Psychology, Hjemdal spoke about the findings of the study. “We found that about 67 to 73 percent of patients, depending on how you measure it, were still classified recovered one year after the end of treatment. This is good news.”

Metacognitive therapy involves teaching patients not to continuously focus on negative thoughts. They are taught that when a negative thought comes to mind, they can make a choice whether to think about it or just register that the thought is there and simply move on. By becoming aware of what happens when they focus on the negativity, patients learn to recognize when it is happening, and then they are able to choose other alternatives.
“Most of us have negative thoughts, we think we’re not good enough, or we don’t accomplish what we want to. But only a few people get clinically depressed, because most of us can put aside our repeating thoughts, rather than getting stuck in them.

“What perpetuates depression is that you get stuck in a thought pattern and ruminate about the same thing over and over,” says Hjemdal.
The research shows that participants in the study had a lower rate of relapse than what has been found with other treatments. This was concluded after participants in the study received ten sessions of metacognitive therapy. After six months, 77 percent of them had recovered completely from their depression diagnosis. Between 67 and 73 percent were still healthy one year following the treatment, and the remaining patients had seen an improvement. Only about 15 percent found their depression remained unchanged.

Anxiety and depression are often linked, and the study shows a marked reduction in both with metacognitive therapy. The method is not about analyzing worries or blocking them. Patients need to let their concerns arise, but then train themselves to become a passive observer of these thoughts. They practice seeing their thoughts as just thoughts, and not as a reflection of reality.

“As a society, we could save a lot of money and spare people a lot of personal suffering, if we provide metacognitive therapy treatment to help individuals with depression,” says Hjemdal.

Those who have been diagnosed with depression could benefit greatly from this research, especially those struggling with relapse. Health care professionals can also use this information to offer new treatments to those looking for an alternative to medication.