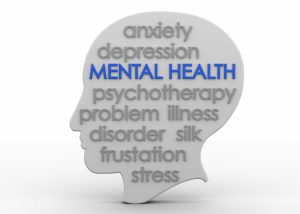 A famous pop star is coming out to give mental illness a new face. The actress-turned-singer battled with bipolar disorder herself and has been very open about her struggles with eating disorders and depression. Now she wants to reach out to others in order to raise awareness and get the conversation going about mental illness.

Near 44 million Americans struggle with mental illness daily, which has always been associated with stigma. From negative media reports to public misconceptions, it seems that many patients are too afraid to speak about their problems which prevents them from seeking help.

Since 2015, Demi Lovato has been a big part of Be Vocal, which is a campaign that brings together five national mental illness advocacy groups. Be Vocal’s goals are to help tear down the walls of stigma surrounding mental illness and empower patients to share their stories for others.

Lovato explained, “Whenever you type into a search engine something like schizophrenia or bipolar disorder, or something like that, the images that pop are very negative and stereotypical. Pictures of pills, or people with their head in their hands, or someone pulling their hair out.”
“So, we found 10 real people living with mental illness, people who are brave enough to let us into their private lives. And we got an incredibly talented photographer to take their photographs. And we will make those photographs publicly available and free to use whenever the subject of mental illness comes up in the news,” Lovato continued.

By sharing these photographs of mental illness patients, demonstrating they don’t look like their typical portrayal in the media, Lovato and the rest of the Be Vocal team are trying to revamp the face of mental illness and show the world that those affected are so much more than what the public believes them to be.

The photos will be released this week to launch the campaign. In the words of Lovato, “You can live well with mental illness. I am living proof of that.”