Home » Men's Health » Men: You should be worried about your bone health 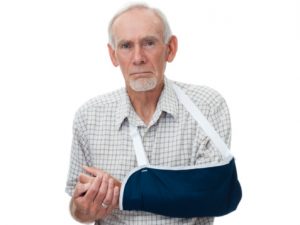 When you hear about osteoporosis, the conversation is commonly surrounding women because they more commonly experience the bone disease. But this doesn’t mean that men are immune to weak bones.

A new study not only reiterates that men can develop osteoporosis, but that the bone disease is actually far deadlier in men than women.

Study author Dr. Alan Zhang explained, “Although women are more likely to sustain an initial, osteoporosis-related ‘fragility fracture,’ men have similar rates of incurring a subsequent fracture and are at greater risk for mortality after these injuries.”

The study analyzed data from over one million Americans over the age of 65. The patients all had osteoporosis and had experienced a bone fracture between 2005 and 2009. Eighty-seven percent of the patients were women.

The death rate one year after experiencing a fracture was 19 percent for men and 13 percent for women. The only exception was seen in ankle fractures, where men and women’s death rates were similar.

Zhang concluded, “The key findings from this study show that patient sex can affect the risk of sustaining a fragility fracture related to osteoporosis. These findings may be used to better counsel patients after an initial fragility fracture.”

Although women have much higher rates of osteoporosis, men should still be careful and mindful when it comes to their bone health. Aging can negatively affect the bones of both men and women, so both sexes should be taking the necessary steps to maintain strong bones. This involves taking in adequate calcium and vitamin D, regular exercise, and a healthy diet.