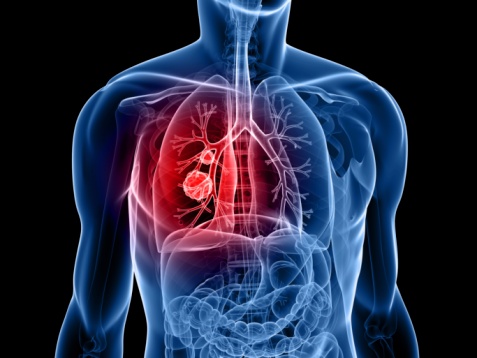 Research published in The New England Journal of Medicine brings to light disturbing trends that are being seen in female smokers in today’s society. The research reports that the risk of death from smoking cigarettes has been increasing for women over the past few decades and is now almost at the same level as it is for men in the United States.

While the lung cancer risk for men plateaued in the 1980’s, the risk of lung cancer in women has been steadily rising since this time. This study was the first one to include first generation US women who began smoking at an early age and continued to smoke for decades, allowing the long term health effects of smoking to be seen and studied. The study provided a 50 year perspective on smoking habits and health risks in the United States and was able to determine whether the hazards of smoking are similar for men and women now that the levels of male and female smokers is quite similar.

1. In recent years women smokers were 25 times more likely to die from lung cancer than women that never smoked. This is quite a jump from the 1960’s where women smokers were only 3 times more likely to die from lung cancer than their non-smoking counterparts.
2. Non-smokers were twice as likely as smokers to live to the age of 80. In women, 70% of non-smokers lived to age 80 while only 38% of smoking women lived to 80.
3. Women were less likely to quit smoking compared to men. Between the ages of 65-69 the ratio of former smokers to smokers for men was 4:1 while it was only 2:1 for women.
4. Smoking decreased lifespan by about 10 years. However, they found that quitting at any age provided health benefits.
5. The risk of dying from smoking-related diseases, other than lung cancer, including emphysema and chronic bronchitis is on the rise in both men and women.

Possible Reasons for the Increased Lung Cancer Risk in Women

The fact that more women are dying from lung cancer today compared to in the mid 1900’s can be explained by a combination of factors. One of the possible explanations as to why lung cancer risk continues to rise in women is a change in smoking patterns. Prior to World War 2, very few women smoked. After the war this changed drastically; there was an increase in the number of female smokers and they developed a pattern of smoking that was similar to men. Patterns that were seen post-War included starting to smoke at an earlier age and heavier smoking. Additionally, because women have a more difficult time quitting compared to men, the number of years that they spend smoking increases compared to men.

RELATED READING:
If a 103 Year Old Can Become  Stronger, Smarter and Feel  Younger, Why Can’t You?

The study leader, Dr. Michael Thun, from the American Cancer Society states that the lung cancer risk figures from this study show a failure in smoking prevention efforts. He also states that the patterns that are being seen in regards to smoking and lung cancer in the United States is bound to repeat itself in China and Indonesia where levels of smoking are on the rise.

Lung Cancer – Why You Need to Kick the Habit

The results from this large perspective study show that there is a need to focus more attention on prevention and cessation of smoking in women. Smoking cessation programs, education and resources need to be tailored towards women in an effort to decrease lung cancer risk in this population. Additionally, preventative measures should be implemented at an early age for both men and women so that the chances of picking up this bad habit is minimized. Taking steps to prevent people from smoking and helping people to quit will help to decrease lung cancer risk in society. This is turn will help to decrease death from lung cancer and help people to live healthier, longer lives.