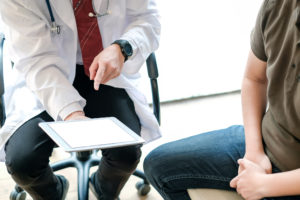 Men who have erectile dysfunction may be at a higher risk for early death, regardless of testosterone levels. This information comes from a new study published in the Journal of the Endocrine Society.

Previous studies have suggested that low testosterone levels have been linked to a higher risk of death in middle-aged and older men. They have also found a link between sexual dysfunction and mortality in older men. However, the results from these larger studies are somewhat inconsistent.

This is what lead Antonio and his team to further the study of erectile dysfunction and death. Their study used data from the European Male Ageing Study (EMAS), a large observational study that was designed to analyze age-related hormonal changes and various health outcomes in men.

Researchers took data from 1,913 participants from five medical centers. They analyzed the connection between their hormone measurements and sexual function at the beginning of the study and again more than 12 years later.

This study helps to underline the importance of men’s health, in particular, getting testosterone levels checked regularly. A yearly check-up with a doctor is the best way to stay on top of health, so be sure to mention any sexual symptoms you may be experiencing.