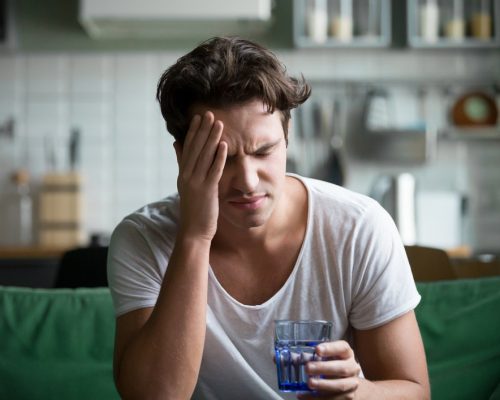 According to new research presented at the ESC Acute CardioVascular Care 2021 conference, men who experience vital exhaustion are more likely to have a heart attack. This risk was most prevalent in single, never married, divorced, and widowed men.

The study used data from the World Health Organization (WHO) MONICA Project. The Maastricht Vital Exhaustion Questionnaire adopted by the MONICA protocol was used to test symptoms of vital exhaustion. Participants were grouped according to their level of vital exhaustion: none, moderate, or high.

“Vital exhaustion refers to excessive fatigue, feelings of demoralization, and increased irritability,” said study author Dr. Dmitriy Panov. “It is thought to be a response to intractable problems in people’s lives, particularly when they are unable to adapt to prolonged exposure to psychological stressors.”

Overall, the group of men with moderate or high levels of vital exhaustion had a 2.7-fold greater risk of a heart attack within five years, a 2.25 higher risk within 10 years, and a 2.1 raised risk within 14 years.

After adjusting for social and economic factors, it was found that the risk of heart attack linked with exhaustion was also higher in never married, divorced, and widowed men compared to married men. The risk of a heart attack related to exhaustion was 2.2-fold higher in those with an elementary school education compared to men with a university degree. Younger men were less affected, with 55–64-year-olds having the highest risk.

Speaking about the influence of marital status, Dr. Panov said: “Living alone indicates less social support, which we know from our prior studies is an independent risk factor for myocardial infarction and stroke.”

These findings do indicate a pattern, showing social disadvantages and how they relate to vital exhaustion and greater risk of heart disease. When assessing risk, physicians should take these factors into account and include screenings for vital exhaustion.

Researchers believe that efforts to improve well-being and reduce stress at home and at work can help to reduce exhaustion. By increasing social support, people can also become less vulnerable to stress. Community involvement is a great way for single men to get more socially active and help fill the risk gap. Healthy eating, physical activity, and stress management are also all measures that can go a long way to reducing exhaustion and lowering risk for cardiovascular disease.