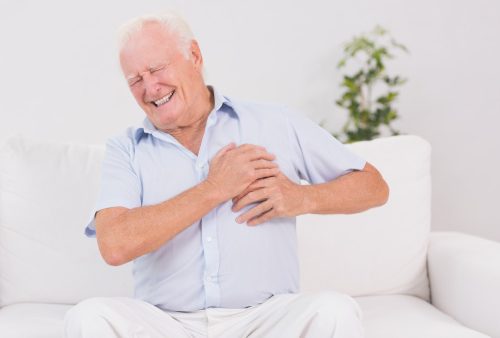 Lead researcher Dr. Donald Lloyd-Jones said, “Most of these deaths are occurring prematurely — before age 70 — which means that this is a very important and largely preventable cause of death that’s really affecting families in a devastating way.”

An estimated 450,000 Americans die of sudden cardiac arrest annually and many of them do not show signs of an impending heart problem. Men are at a higher risk for cardiac arrest because they are more likely to develop heart disease at a younger age.

Dr. Lloyd-Jones added, “We need to get more serious about screening men for risk factors for cardiac arrest. Know your numbers, especially your blood pressure, but also know your cholesterol or whether you have diabetes. At 50, men should also have a baseline electrocardiogram, which might reveal heart problems.”

The researchers examined data of 5,200 men and women aged 28 to 62. They looked at the four main risk factors of heart trouble: blood pressure, cholesterol, smoking, and diabetes. None of the participants had heart problems at the beginning of the study. Majority of participants were white, so findings cannot be generalized to other ethnic groups.
Over the follow-up decades, 375 people died from cardiac arrest and the risk was 12 percent higher in men who had two or more risk factors.

High blood pressure alone or in combination with another risk factor was also linked to higher risk of cardiac arrest.

The good news is, the rates of cardiac arrest are on the decline as people are working harder to control their risk factors, especially lowering their blood pressure and cholesterol.

Dr. Michael Sayre, a professor of emergency medicine at the University of Washington in Seattle, explained, “We used to have 300 of these a year, and now there’s closer to 100. Even though we are doing better than we did 15 years ago, there are still too many [cardiac arrests]. We can do better.”

It is still important to control risk factors related to poor heart health, and lifestyle habits play a large role in that. Hence, adhering to healthy living as much as possible is the key to living a long, healthy life.